The Discriminatory and Disgusting Practices of the Chico News and Review

I just got into town. Out at camp, reviewing this blog, I found, as usual typos and incomplete thoughts. I’m going through it now to fix the boo-boos and by using “[ ]” am entering a sort of running commentary on my own work, something I’ve not tried before. Minimizing the editorial additions, longer commentary will be included in a companion blog essay to be published next week, “Tommy Diestel: Writer for ‘Synethisis’, Chico Native Son and Great Friend”.

As I’ve written, blogdom is a totally new experience for me. I appreciate your patience and  feedback.

I had been admitted to the the Bum Suite of Enloe Hospital which is located on the roof next to the heliport. It’s a bit noisy at times, but, hey, bum beggars can’t be choosers. I like the mural wallpaper depicting woods, streams, blue skies, mountains and meadows.

The examining physician stood before me looking grim with several interns surrounding my bed. “I’m afraid, Don,” he began, “We have good news and bad news.”

“The bad news is that we’ve determined the source of your illness, an acute case of S-F Syndrome and have sent your blood work to the Centers for Disease Control in Atlanta,” he continued.

“Oh, my goodness, Doctor, what is S-F syndrome?” I asked.

“We’re seeing a lot of it in Chico,” the Doc responded. “It’s caused from reading the Chico News and Review’s editor, Melissa Daugherty’s column, Fifth and Flume, hence, ‘Double F-Syndrome’.

“And the good news, Doc?” I asked, devastated.

“The cure is simple: plenty of fluids and stop reading the CN&R,” he said with a reassuring smile.

[The above joke — and humor, particularly my humor often misfires — is in no way meant to be a slam against Enloe. In subsequent blogs, I will detail my experiences there as a patient and as a witness. Superb treatment.]

Melissa Daugherty represents a dearth of editorial sophistication and professional prowess grievously bereft of journalistic ethics. In her approximately two years as editor-in-chief of the Chico News and Review her style can be easily construed as censoring and racist.

Daugherty has her hand out begging us to support the CNR’s arm of the non-profit North Valley Community Foundation stating that her publication is “…a go-to source for investigative journalism…” and that it is a “community watchdog”. Chico begs to differ.

She is asking her readers to hire an ‘investigate journalist’ whom she will oversee.

Daugherty reminds us ad nauseum that she is a product of Chico State University as if that means she’s smart. Instead of learning the standard five Ws of journalism — who, what, where, why and when — Daugherty only seems to know I, I, I, I and I. She doesn’t show. She tells us what to think.

In any investigative process, one should be concerned with facts and patterns.

In her disappearance of Anthony Peyton Porter, the revered nearly nine year CNR ‘From the Edge’ columnist, she hasn’t had the decency to explain to her readers her decision to ban it without warning. 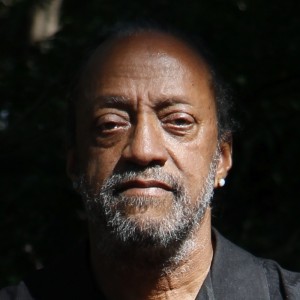 According to Porter, he received an email from Daugherty, “Call me, and I’m sure you’re wise enough to know what this about.” His last three submissions to the CNR had been rejected, including one titled “Censorship”.

Similarly, Daugherty, in rejecting an essay I wrote on being a bum, sent emails stating that I am “too close to homelessness” and lecturing, “You were the editor of a newspaper.”

Porter is black. I am brown. Twice constitutes a pattern, a swatch of racism.

Of the last 10 covers of the CNR, whenever a photo illustration is of people, they are always white as are most of those in inside photos and ads. In the last 10 ‘Street Talk” columns, of the 47 individuals featured, only nine appear to be of color.

I was never the editor of a newspaper, as Daugherty who has a disregard for facts, states. I was publisher and majority shareholder of the ‘Tahoe Reader’ and what I learned was Freedom of the Press belongs to those who own one.

As a former newspaper publisher, the problem at the CNR could be that its publisher is largely absentee, rarely in Chico and unaware that Double-F syndrome is dumbing-down its victims.

Daugherty implies that there is something progressive about the CNR. Truly liberal publications do not depend largely on advertisers who hawk alcohol, fast food, firearms, gambling or unsafe sexual practices. Nor do they utilize thinly-veiled marketing ploys such as the CNR’s ‘Best of Chico’ (inferring the rest of us are less) or events such as ‘Keep Chico Weird’. Take a peek in your looking glass, Daugherty.

She holds her Chico State education like a defensive crucifix, telling us what ‘real’ and ‘legitimate’ publications are, forecasting the demise of the Enterprise-Record as she dons her dancing shoes. Is she the best CSU has to offer?

The same can be said for the CNR’s news editor, Tom Gascoyne who teaches journalism at Butte College. He had befriended me as his token bum friend, superficially interested in what I had to say.

But then he dumped me without explanation and, literally crosses the street when he sees me coming. What a schmuck. He is the best Butte College has to offer?

The CNR continues to stereotype homelessness, acting as a virtual public relations/fundraising arm for the status quo of homeless politics, seldom looking below the surface.

Daugherty overreaches in referring to herself as an ‘outlier’ in her support of a downtown casino admitting she’s never actually been in Chico’s Casino 99 [actually, she wrote that she had never played cards inside a casino, not specifically casino 99. Unlike Daugherty, I believe printing corrections are important, ethical]. Does downtown need more problems? Is she just grasping for ad revenue?

If Melissa Daugherty is an outlier, then I’m a crazy bum who lives in the woods. Oh. Wait.

She writes that no one at the CNR is ‘tap-dancing’ on the grave of ‘Synthesis’ (which was simply brilliant) while she does a two-step stomp on the recently folded publication. Why?

Could it be that its editor, Amy Sandoval wrote circles around her and rescued the CNR’s ­black-listed Porter?

Daugherty infers that Synthesis’ large list of contributors weren’t ‘real’ writers because they were often paid with Madison Bear Garden and Duffy Bucks. Will she be willing to provide full disclosure financial statements of her non-profit grasp for funding? Will she provide donation refunds if the endeavor fails?

Should Madison Bear Garden and Duffy’s reconsider their advertising placement?

The cover illustration of the last issue of ‘Synthesis’ was simply brilliant, worthy of a New Yorker magazine cover: carved out of stone a newspaper vending machine stands angled on a white field, its screen cracked with “1994 – 2015” underneath.

[In my next blog, I’ll go on a bit more about the connectedness ‘Synthesis’ had to Chico. I really miss it.]

In the publishing trades, publications like the CNR are thought of as a free weekly advertising rag with light filler. In a recent column Daugherty bragged that a particularly obnoxious column of hers regarding her son, Henry had won some sort of vanity award.

In the piece she relates coming across unnamed staff in an unnamed grocery store telling jokes Daugherty found offensive and, on the spot, in her high and mighty tone, berated them.

She doesn’t name them to silence their voice. In investigation journalism you do your best to represent all sides. Did she not name the grocery store to protect ad revenue?

She’s way into putting people down like former Mayor Mary Goloff who Daugherty, in her consistent exhibitions of a lack of social skills and grace, kept kicking in column after column even when it was announced that Goloff was seriously ill.

It’s ironic that in considering the Enterprise-Record’s offer to me to write for them, that one of my hesitations was that Daugherty once worked there and I feared her mean-spiritedness might be systemic. It’s not.

Melissa Daugherty writes blithely from her white ivory tower office that it is ‘chilly’. Has it ever occurred to her that the rejecting and censoring frost of her public personality is pushing back?

I’ll be writing more of the CNR and its travesty of reporting in future blogs. The misinformation it provides our community is unconscionable not just from a journalistic sense, but in a moral sense as well. I’ll also be publishing the complete email correspondence between Daugherty and me as well as the list of questions the Jesus Center and Torres Shelter did not answer.

In a separate forthcoming blog, I’ll also publish the essay the CNR REFUSED TO PUBLISH!

As for the writers besides Daugherty and Gascoyne at the CNR, you’re only as good as your editors. Look at where I landed.

NOTE: The “-30-” above is an arcane journalistic (I’m an old writer) feature to denote ‘The End’. I don’t know if it’s still in common use.