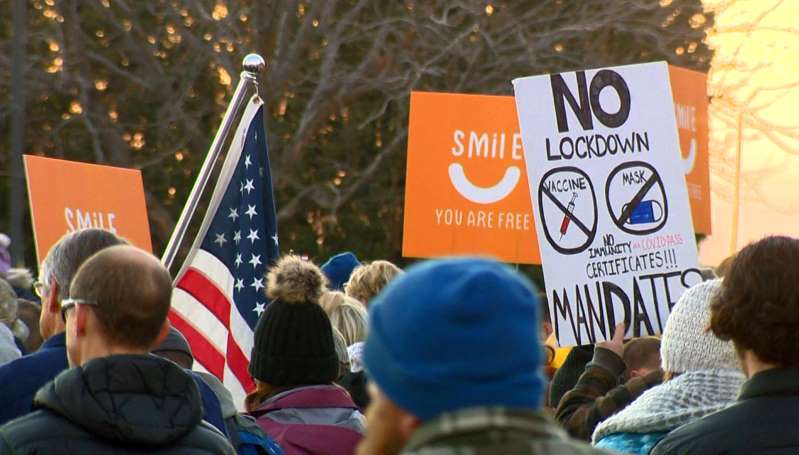 The Central District Health meeting in Boise, Idaho, where members were expected to discuss a Covid-19 health order, ended just 15 minutes into the agenda due to safety concerns related to the protests, various city officials said. A photographer with NBC News affiliate KTVB on the scene outside the health department estimated there were several hundred protesters present, most of whom were not wearing masks.

Idaho is one of many states in which government efforts to institute pandemic mitigation measures have been met with protests, but it’s unclear how widespread those sentiments are. A Pew Research Center survey from August found that 69 percent of Americans thought governments had lifted outbreak restrictions too quickly.

But public opinion polls have also found deep divisions between Republicans and Democrats on the government pandemic response. Almost 64 percent of Idahoans voted for President Donald Trump in the Nov. 3 election, making it one of the reddest states in the country.