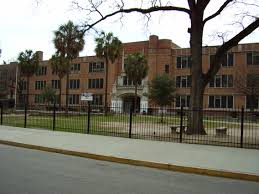 Someone recently asked me who my favorite teacher was. At first I drew a blank but then I didn’t really have to think about it for very long. In the mid-fifties I was in the 7th or 8th grade at Wilson High School in East Los Angeles, CA. It was a combination junior high and high school that went from the 6th to the 12th grade. I didn’t really care much for school but I didn’t hate it either. It was just something we all had to do and it seemed to take forever. Not just the 6 years at Wilson but the 8 AM-3 PM school day also felt like it took forever.

Hanging out with my friends was nice but most of the classes and teachers were not very memorable. All except for one teacher that I liked very much. His name was Mr. Grief. (Yes, that was really his name). I don’t really remember but I think he taught math or maybe it was science but it didn’t really matter what he taught. Out of all the teachers during those six years at Wilson, he was the only teacher I remember at all. He was a tall, quiet man who wore glasses and had thick, rather longish (for back then) straight black hair and he always seemed to need a shave. I felt bad for him because he never smiled and he always looked like he was less than comfortable. He seemed out of place as he never raised his voice, which was unusual, as most of the other teachers seemed to have to sternly yell at the students to quiet them down.

Mr. Grief had an unusual way of quieting the kids down; He would just stand at the front of the classroom and be perfectly quiet for several minutes. Sometimes it would seem to take forever. I would look around at the other kids in the classroom and wonder why they didn’t want to hear what this nice, quiet man had to say.

Eventually the kids realized that something was amiss and they took notice of Mr. Grief, quieted down and he taught the lesson for a few moments until they started talking again and it was time for Mr. Grief to become quiet again.

Mr. Grief was so different from everybody else. He was not threatening in any way. He was just a nice, seemingly tired, gentle man. It must have felt like a long day and a long career for Mr. Grief too.

I don’t know what ever happened to him but, for some reason, I believe I learned more from Mr. Grief than I did from all the other teachers I ever had. And honestly, I don’t even remember what subject he taught. 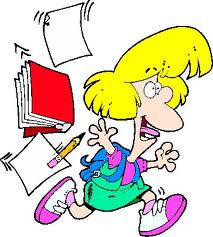