Finding My Birthson Part 1of 5

It was early 1965. I was 17 years old, living in East LA with my parents and my older brother, Richard. My girlfriend, Marissa, was pregnant. She was 16 years old as she looked at me with her lovely dark brown and sad, desperate eyes and asked: “Can’t you find a job that pays at least 80 dollars a week so we can get married?”

This was before The Pill was available to women who were not married and before safe abortion was available at all. I knew Marissa and I were not going to stay together. No way were we ever going to be able to make it. We fought all the time. It seemed like that’s all we ever did besides having sex or maybe it was the same thing. I can’t seem to remember. I knew that if we got married, the baby was going to grow up with a single mother in East LA. We didn’t get married. Instead, we put our baby up for adoption.

Six months later, I got drafted. 5 months after that, I was in the middle of The Central Highlands of Vietnam with The First Cavalry Division as a medic.

Johnny, (after 35 years of not knowing what his name really was, Johnny is what he is called) was shocked to hear from me. After getting his name and address from Betsy, my “search angel” (a person who helps you find someone), I was surprised at how nervous I was at actually calling the number. I waited until the next day to have more time to think about what I’d like to say to the grown man on the other end of the phone line as he answered the phone.

I called and a woman answered the phone. I asked if this was the home of Johnny Ramirez. “Yes, it is,” she answered. “Oh, you must be his wife.” I replied. “No.” she answered. “His girlfriend then?” “No.” she replied again rather bluntly. The quiet, one-word answers left me unprepared. “His daughter?” I struggled. “No.” she replied again rather impatiently. I struggled to find someone else to guess she might be. Finally I said, “His room mate then?” expecting the confirmation. Instead the woman answered, “No, but I have to go now.”

“Well, what time will Johnny be home?” I blurted out before she had a chance to hang up. “6 o’clock” she said as the phone went dead.

I sat there excited yet confused. It was 9:30 in the morning. I had the entire day to wonder if I had the right number and whether Johnny was going to be receptive or, for that matter, even know if he was adopted.

The day dragged on as I nervously tried to find something to get my mind off the only thing I could possibly think of: Is this really my birthson? How is he? How has he been? What has he chosen to do with these past 35 years? He was born on April 19, 1965. Less than a year and a half after President Kennedy was shot. Four months before the Watts riots. Before the height of the Civil Rights Movement. “The Sound of Music” was just released.

The hard edged, let it all hand out, “I Can’t Get No Satisfaction” by The Rolling Stones was the answer to the sweet, love ballad “Michelle” by The Beatles. Both had just been just released and were burning up the airwaves.

Since Johnny was born, I survived Vietnam, came back to The States, became a hippy, broke up with his mother, hitched hiked across the US, both from North to South and from West to East and back again, graduated college, got married, had another baby we named Joshua, moved away from Los Angeles to take a job as a social worker in Ventura, CA. I left that job 3 years later to move up to Chico in Northern CA to return to college for another 2 years. That was in 1975. Johnny was now 10 years old.

I joined ALMA (Adoptee Liberation Movement Association). I attended a few meetings that lasted for hours and learned that it was going and take a very determined effort in order to “find my son.” I even met Florence Fisher, the founder of ALMA, while I was attending the national convention aboard The Queen Mary in Long Beach, CA, during summer, 1977.

It was going to be a full time job if I was going to succeed. And, legally, I had no right to any information whatsoever, as not only was he not 18 years old yet but I was not even required to sign the relinquishment papers agreeing to put the baby up for adoption. That was done by his mother when he was 30 days old. Marissa had seen the baby only one time. The nuns at St. Anne’s Maternity Home, where Johnny was born said to her at that time, “What do you want to see him again for? He’s not yours. You’re not keeping him. You’re giving him up.” Marissa cried every time she recalled that story as she said, “Oh, Phil, he’s so pretty. Can’t we keep him somehow?” My gut wrenched.

My gut wrenched further every month that went by and I panicked again asking, “Did you have your period yet?” What would we do this time if Marissa was pregnant again? Another adoption? Keep this baby and tell him/her that we gave up his brother for adoption? Why did we do that if we kept him/her??

In 1976, I lost another family.  My marriage fell apart. The next year, I fell madly in love with a girl who left me a year later. Devastated at another loss, I quit school and hitched hiked across Europe and Israel to search for my roots. I met a lot of people on the road but came back to Chico later that year. I took a job at Chico Natural Foods Co-op as a manager. I left that job after a year to start my own business making the first fresh salsa available anywhere on the market. It soon became available in natural food stores all over the US. It sold very well. It was hard to keep up with the orders. That was June, 1980. My birth son was now 15 years old. How was he? Where was he? Never did April 19th pass without my wishing happy birthday to the son I fathered out there somewhere.

I met a woman named Christina and she became pregnant. (I know, I know — Doesn’t this guy use birth control?! Yes, I do. But, evidently, you have to use it every time.) Were Christina and I going to get married? We fought much like Marissa and I fought.

Christina looked into adoption. I about died. I could not live through another adoption. My daughter, Nadia, was born in March, 1981. She had 2 brothers. One in Chico and another one who knows where? Hopefully it was in some nice, healthy, comfortable family somewhere with everything he needs. Christina and I were just about to break up when she became pregnant again. (Ditto, above parenthesis.) Now what? 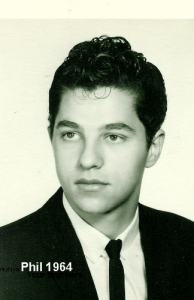