When you’re a kid, friends mean almost everything to you, seemingly even more than relatives do. You hear people say, “Blood is thicker than water.” As a kid you don’t know what that means. I’ve heard some old people say, “You’re lucky if you have one good friend all your life.” When you’re a kid you think that’s crazy because you know everybody and you think they’re all your friends but as you grow older you lose friends. Some from moving away some from dying and some because they don’t want to be your friend anymore.

I’ve always felt that if someone was ever my friend, shouldn’t they always be my friend? But evidently not everybody feels that way. I’ve known a lot of people in my life from different epochs of my life, as a kid, as a teenager, as a young man, in school, as a cholo, in the army, as a hippie, as co-workers and as neighbors. And when I see them someplace, I’m always glad to catch up with them. I even try to reach old friends on the Internet and on Facebook but with more than a billion people on Facebook, just about everyone you’ve ever known is on Facebook and so are many other people with the same names that you and just about everybody else has. Go ahead, type in your name on Facebook and see how many other people with your name comes up. Who’d a thunk?

But as you get older and you find that some so-called friends are not really your friend, then eventually the old adage about blood being thicker than water begins to sink in. At least it usually does with close family relations. I have 3 older brothers and they have known me all my life. Sometimes they love me a lot and sometimes not so much but we’ll have each other all our lives. How many friends have you had that you can say that about?

Yes, we’ve all heard the slogan, “You can choose your friends but you can’t choose your relatives.” and “If he/she wasn’t my brother/sister I wouldn’t have anything to do with him/her.” But for the most part, relatives are stuck with each other for life on one level or another but friends, even close friends can drift apart and lose touch with each other.

I’ve lost some so-called friends for different reasons, some because of what other people may have said about me and some because we have different political beliefs and some seemingly because as we get older people seem to want to be with their spouses and family more than they do with people who were once their friends.

Fathers and sons may be the same thing but I can’t say I’ve noticed it as much. I had a very close relationship with my mother, who I could talk to just about anything with. I had a close relationship with my father too but he was more of a strong, silent guy with a “let’s get things done” attitude so we’d talk about different things than I did with my mom but I was close to both parents. My father and I rebuilt my old 50 Chevy when I was a teenager and that’s a fond memory. My mom and I would talk on the phone for an hour every week after I moved away from home and that too is a fond memory.

But some father/son relationships I’ve observed are more based upon the father seeing the son as a reflection of himself and if the son isn’t interested in sports or may be gay, the father doesn’t know how to relate.

What was it Kihlil Gibran, who wrote “The Prophet” said? I think it was, “Children are the arrows of the parents bows.” Which to me means, children going to do and see things differently than the parents see things. I remember my mother once saying to me that one of my sister in laws said to her: “We’re looking at the world from your shoulders.” and my mom didn’t know what my sister in law meant by that. Naturally it was an arrogant thing to say but the message was pretty much the same thing that Kihlil Gibran said, that children see things differently than the parents do. Of course my sister in law meant that she could see further than my mom could see. Which, as I say, was arrogant as hell.

But what I’ve noticed lately is that as I get to be the age I can very clearly remember my parents being, I see that they knew a whole lot more about life than I realized they did at the time. They didn’t live all the years they lived and not know what they were talking about. They had a lot of life experience and they learned from it. I’m glad I paid as much attention as I did because although I didn’t realize I heard what they had to say much of the time, I can hear it now.

Friends, on the other hand, who I sometimes thought were all knowing, turned out to be full of crap a lot of the time and when I see what happened to some of them, like becoming alcoholics or drug abusers or dying young, I’m glad I’d paid as much attention as I did to what my parents had to say and naturally I’m hoping that my kids are paying at least some attention to what I’ve had to say as I’ve raised them. 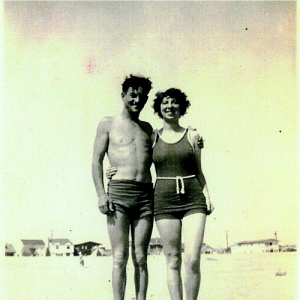 1 Response to Friends and Relatives