Posted on Monday, October 14, 2013 by Heather Hacking
Bald spots represent passage into a new period of time and new possibilities.I’m surprised when some men make a big deal about the fresh new landscape above their eyebrows.Maybe these men were too much about big hair.There’s a reason we never knew Andre Agassi was losing it until he took off that dashing head bandana after 15 years in front of TV cameras.

And Peter Frampton — yep, I wouldn’t recognize him at Winco without his long tendrils. 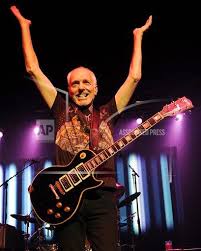 I wonder where Fabio went? Maybe he lost his hair, started to believe it was butter and is waiting for romance novels to feature pictures of hot bald men.

But most of the time I don’t even notice if a man is bald or balding unless he’s sitting down at the dinner table.

For some guys, the bald dome can be THE defining feature of his attractiveness. Imagine if The Rock traded wigs with any of the guys from ZZ Top or Yul Brynner’s manager had advised he get a perm in the ’80s. We would not have seen these guys listed on Celebrity Cafe’s list of top sexy bald men: http://goo.gl/nz9laR.

I threw out the topic on Facebook, and in addition to an animated conversation about admirably bald men, my friend Mark threw out a link to this fun video about chrome domes: http://goo.gl/60wFdH.

Oh right, but this column is about gardening.

Bald spots in the yard mean there is room for renewal.

If we expected rain any time soon I’d urge you to get out there with grass seed to fill up those inevitable bare spots. Without rain you can just spritz the new seed morning and night with the hose.

No matter what you see on display at Costco, work on your lawn before you finish your Christmas shopping. You have a short window for new seeds before it gets cold.

About this time of year you will also have a good idea of what plants have reached the end of their useful lives.

If you’re planning on moving to a new home, you can look at those dismal and woody 10-year-old perennials as an experiment. Maybe they can be divided; some of the divided survivors will go to a new house, other divisions can be given to friends.

Some divisions will die.

When you look around this fall, you might also note that some of the plants are simply dead.

An Erysimum “Bowles Mauve” grew to an astounding size my yard over the past decade. Yet, this year I allowed the morning glory to sprawl through the dried, woody stalks as if the plant was a gnome-sized climbing wall.

The humane thing is to cart the Erysimum to the green waste can.

If you yank out old plants, naturally you’ll want to plant something new.

Your friendly nursery will have many suggestions.

www.dummies.com recommends adding up to an inch of mulch at planting time. But hold off on the fertilizers, dummies say. Otherwise you’ll encourage new growth above ground, and you want the plants to concentrate on the roots.

I’m not wise, by any means. However, I have learned to resist the temptation to buy beautiful chrysanthemums and plant them outdoors. Those lovely mums are much better enjoyed in your house.

After they look really ratty, give them a place in the yard. But don’t expect them to ever look as good as when you bought them.