I’m in a bit of a bear’s breeches dilemma. Several weeks ago, I bumped into the plant and had an overwhelming attraction to its tall, mauve and handsome pillars of flowers. If you’re a plant geek, you know how it is: Your mind starts whirling with how you’re going to have this new prize your own yard.

For some reason, really great things have been happening lately. The latest was that I received an email from Larry. Larry invited me to visit him and his wife and pick up a pot filled with small bear’s breech plants, Acanthus Mollis. 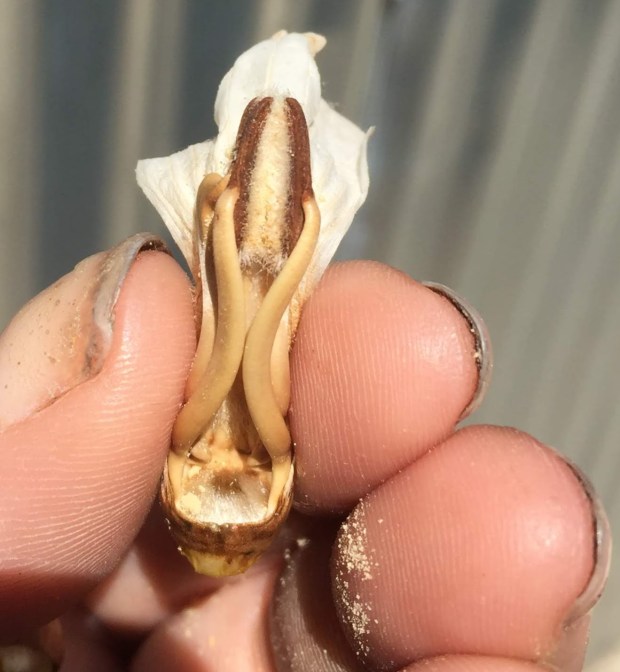 Larry reminded me that he gave me a Daphne odoro a dozen or so years ago. I did not remind him that I somehow killed that plant (more details on that later in the column).

When I arrived for my undeserved prize, I could not overlook my new favored plant as I walked along Larry’s side yard. It’s huge! Three of the leaves, when watered and given ample sun, could cover my kitchen table. He had more in the back yard — huge clumps of oversized leaves and their tall columns of flowers. What’s nice about the flowers is that they dry out, but don’t wither. The white petals remain attractive, much like hydrangea.

I thought this gift was beyond gracious. But Larry also threw in a potted sago palm and a 12-pack of Vinca rosea that just happened to be popping up in his yard.

Thank you Larry. When my yard is beyond bursting with bear’s breeches, I’ll pass along the gift to someone else. 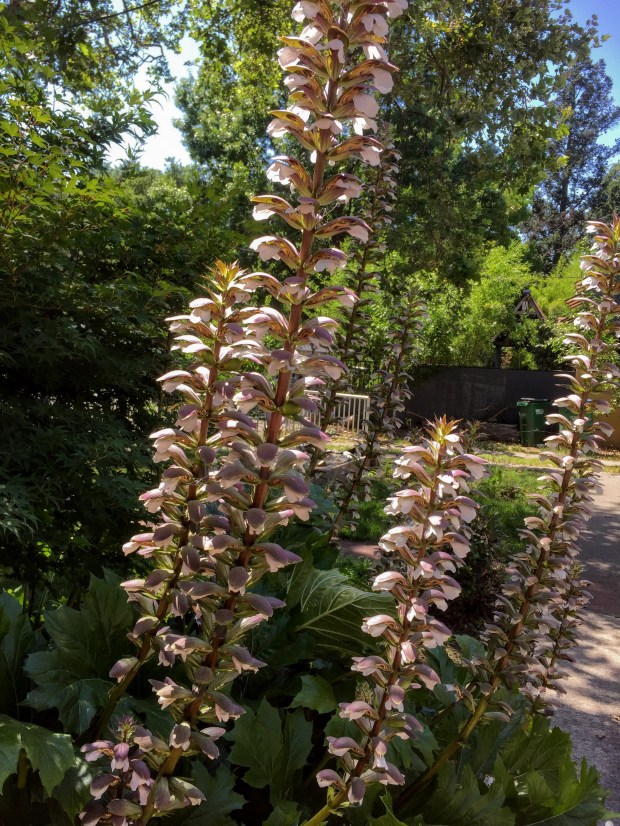 I think gardeners need to do their share to contribute to the economy of local nurseries. If we don’t, we won’t be able to leisurely browse plants on those days when we want to avoid cleaning the shower.

Yet, when I shopped around for bear’s breech seeds, most places wanted about $1 a seed ($5 for five). Some online seed catalogs were out of stock.

This week I visited my friend Michael, and saw my new beloved in his front yard. How I had overlooked those beauties the previous 10 times I had visited Michael, I may never know. He said he trims them back to nubs when they look ratty over the winter, and the large leaves grow rapidly once the weather turns warm. They’re growing at the base of a 15-foot tree. 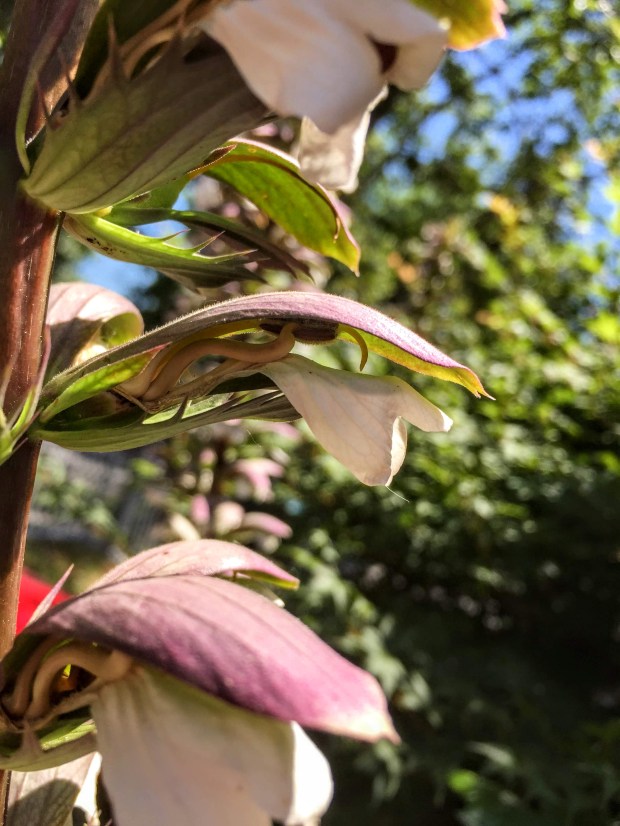 I gathered more than a dozen seeds, and may be back for more. Maybe I should start selling these seeds online for 50 cents each, and finance a future trip to Ireland.

With seeds and potted plants in hand, now comes some tricky contemplations.

Did I mention these plants are mammoth? Most of the places for “very large” things are already filled in my yard. I could divide Larry’s plants and torture them in pots. Or I could simply put the new plant in the ground and let it battle with other greenery for territory.

As for the seeds, I have some time to think this over.

The Home Guide on SF Gate says planting the seeds takes some planning.

The soil needs to be prepped in early spring. The seeds need time in the soil before temperatures rise above 45 degrees. We can only fantasize about the days when the temperatures will be below 45 degrees. In the meantime, I need to stash Michael’s seeds in a place where I won’t forget about them next year.

Next on the seed planting guide is soaking, waiting and thinning.

My final dilemma with this plant is what to call them. The University of California Master Gardeners of Sonoma County website calls it “Bear’s Breech,” singular. Other places call it “breeches.” Both, of course, refer to a bear’s behind. I’ll call it breech for now, until I get multiple flower stalks.

I tend to learn things the hard way, and this was the case with the Daphne mentioned above. After my first Daphne mishap, I received some great info from John Whittsley, the mind behind Canyon Creek Nursery. He explained that Daphne is susceptible to life-threatening bacteria when watered on days when the temperature reaches 89 degrees. It is a delicate balance to keep the plant alive during summer. For this reason, it’s also important to keep adding compost to the soil, so that good bacteria can help fight the battle. 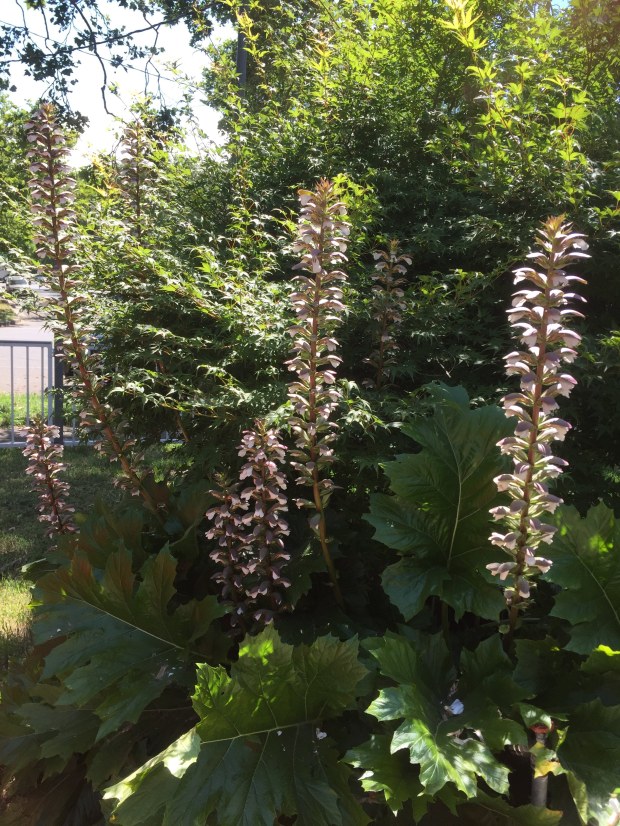