It was early Tuesday morning and it was my best friend Eddie’s, 16th birthday and Eddie, Peter and I didn’t feel like going to school on Eddie’s birthday so instead we ditched school. We all jumped into my low rider 1950 Chevy and sped out of the Wilson High School parking lot before first period. “So, what you guys wanna do?” I asked.

“Let’s go to the beach, man, it’ll be fun to be there when we’re supposed to be in school.” Peter said.

“Na, we don’t have time for that. I’ve got to be back at school at three for football practice.” Eddie said.

“Well, Griffith Park is nice and it ain’t too far.” I said thinking more of the closer distance than the destination.

“All right, let’s go there but let’s pick up some beer first.” Peter said. So we stopped at Eva’s Liquor Store in City Terrace and bought two six packs of Budweiser. While getting on the San Bernadino freeway Peter popped open a beer and said “happy birthday” as he handed it to Eddie. Then he popped open another beer, took a long drink from it and then opened another beer and handed it to me without noticing that a cop was behind us so as he handed me the beer, an LAPD cop car with two cops in it turned on their red light.

My heart was pounding as I pulled over on the freeway and nervously saw people gawking at us as they sped by and I felt like a convicted felon.

“Aren’t you boys supposed to be in school?” one of the cops said. “Ah, school…? Oh, yeah, school. We were just on our way there now.”

“You’re running a little bit late, aren’t ya?” the cop said with a smile.

“Yeah, my car wouldn’t start. It has a dead battery so we had to push it and pop the clutch.” I feebly answered.

“That why you in the back is spilling beer all over the floor there?” the cop said as he pointed to the beer spilling under Peter’s feet.

“Ahhh….Beer…? I answered “Yeah, that beer can next to you there that you’re trying to hide and the two six packs under this guys feet here too.” the cop said as he pointed to Peter’s feet as Peter was trying to push the six packs under his seat with his feet.

The cops looked at us and one of them said: “Is this your car?”

“Nice little car you got here. You got a license to drive it?”

I pulled out my wallet and handed my license to him and he looked at it and looked back at me, paused for a couple seconds and said, “Look, I’m a nice guy so I’m not gonna report you guys for ditching school but I may have to write you up for having an open container in your vehicle while driving, son.”

Then he pulled out his pen and pad and was getting ready to write me up as I cringed.

Then he paused for a second and looked at my sad face and saw that I hadn’t even had a sip of the beer. He asked me to get out of the car. I expected to have the handcuffs put on right then and there but he smelled my breath, told me to hand him the beer I had been holding and saw that it was still full.

I looked at the cop and he said, “You haven’t even started to drink this have you?”

He looked at me, shook his head and said, “Just give me the beers and I won’t write you up for driving while drinking.”

I turned around and said, “Hey, guys, give him the beer.”

“I don’t want to see you driving with an open container again. You got that?”

“Yes, sir. I got that!” I said feeling very relieved.

As I drove away, Peter said, “Well, that was close.”

“It sure was.” I said with my heart still pounding and the sweat rolling down my back.

“Naa. We just won’t open it ’til we get to Griffith Park.”

I got back behind the wheel and tuned on the music and cruised on home, thinking about the day, feeling relieved the cop let me go and feeling good that I wasn’t driving with an open container. All I had to do then get home without being stopped again, which because I had a low rider car, would sometimes happen more than once a day. Matter of fact, it was unusual if a cap saw me and the car I was driving, that he didn’t stop me and ask if he could search the car.

I made it back to drop Eddie off for football practice and asked him to write me a note for ditching school.

“What you want me to write?”

So I didn’t get a moving violation for driving with an open container in my vehicle, the cops took the rest of our beer away (which I’m sure they just poured out), I wasn’t suspended from school and I didn’t have to tell my mother and father of the incident and they didn’t have to take time off work to go with me to court or to the principal’s office (and scold me for the money it cost) and I didn’t lose my driving privileges.

Thank you for the memories. 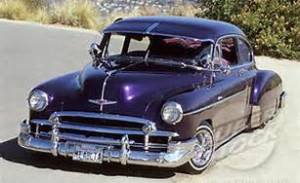