Being a Single Parent

There are many things I miss about my children being the little kids they once were. Yes, I’m glad they’re grown up adults now and on their own and living fulfilling lives – but just the same – I miss them running up to me and jumping on my lap and being happy to just be pushed on a swing or going to the park or going for an ice cream.

Yes, I was overwhelmed as a single father having to do way too much with too little and trying to earn a living and paying the bills and teaching the kids how to read and how to ride a bicycle and how to cross the street and helping them with their homework and reading to them and singing them to sleep at night.

But what a wonderful experience it was to have these little children be happy to just hold my hand and to go for an ice cream during a hot summer night and going for a swim in the creek and encouraging them that they can be whatever they want to be in life.

It was so overwhelming that I don’t know how I was able to do it all.

Their mother shared parenting the children and I had them half time which gave us both half time off but that, in itself, was not easy either.

That meant that it took a few days to get used to not having them around to do the daily routine like getting them fed and pack a lunch and to school and picked up from school and fed again and help with homework and teeth brushed and ready for bed and sing them to sleep and do that for several days until they go back to the other parent and the get used to not doing the daily routine until they came back. And that was how it was for years until they began to drive. Then they could get around by themselves and have the freedom of coming and going when they wanted to go.

That was nice but what I found out about raising children is that once they get a car, they’re basically out of the house except for coning home and going into their room and sleeping and leaving the next morning and then, before you know it, they move out altogether and suddenly you don’t see them for days or weeks or if the move out of town, for months at a time.

I love them every bit as much now as I ever did but now that I have more time than I did when they were little, I don’t get to see them as much since they’ve moved to Sacramento and  they are involved with college and jobs and boyfriends and relationships and being overwhelmed themselves with doing too many things with everyday living.

I look forward to becoming a grandfather and loving my children’s children and having them running up to me and jumping on my lap and pushing them on a swing and watching them grow up to become too busy to realize that yes, it’s very hard work and you don’t know how you’re going to do it all.

And yet, how fast it all becomes something you wish you were not too busy to enjoy at the time and than it’s all over only too quickly. 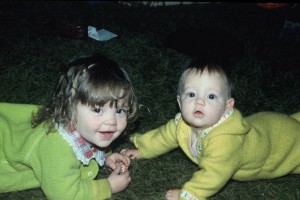 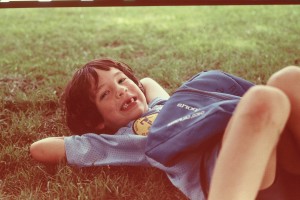 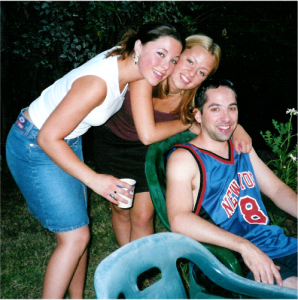