The other day I was flicking channels on TV while eating lunch and I happen to come upon a movie I haven’t seen since I was just becoming a hippie in 1969, “The Sterile Cuckoo” with Liza Minnelli who is actually Judy Garland’s daughter. It’s the story of a young white girl leaving home to go away to college. She acts cuckoo to cover up her insecurity. I thought she was great. 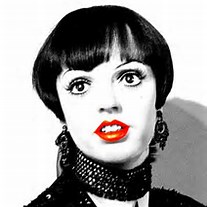 I remember going to the movies with a couple of my old cholo friends of from East LA. One of the guys was called Creepers. The story back in high school was that Creepers had creepy eyes so he got the name Creepers. Where I grew up we all had nicknames. The other guy’s name was Jack and his nickname was Blackjack. He was very tall, skinny and dark.

I had several nicknames myself including “Blinky” because I blinked my eyes a lot trying to keep my contact lenses from getting too dry and irritating and making my eyes red. I could hardly wait to take the uncomfortable things out of my eyes. I was also called “Fuzzy” because I hadn’t started shaving yet but evidently I needed to shave because the principal once called me into his office and took me into the bathroom with a razor and made me shave. I guess that was better than being taken into the bathroom to get a “swat” which he’d done before but it was still uncomfortable. I was also called “Sr Felipe” because I always came to school in dress slacks, a “Sir Guy” shirt and spit shined shoes.

But I didn’t want to leave The Sterile Cuckoo. The next day I went back to see it all by myself and I loved the movie so much that I believe it helped change who I was at the time. I was beginning to identify more with the hippie community than with the cholo community that I grew up in. Marissa Mendoza and I had just broken up after being together for several years and I was growing my hair long and growing a big beard. Marissa said she thought I “was hiding behind my hair” but I think I was just beginning to get in touch with who I really was. I was ready to make some big changes and I wasn’t exactly sure who I was or what I wanted to be. I felt like I wanted to do something a little cuckoo myself and if it was okay with Liza then it was okay for me.

I was excited about the new possibilities that lay ahead in my life and hanging out with Marissa Mendoza and my old cholo friends was not what I wanted to do any longer. I’d had enough.

I loved The Sterile Cuckoo. I even loved the theme song, “Come Saturday Morning” by the Sandpipers that was played fhroughout the movie which was a very patty-like (non-cholo) song that was being played on the radio all over the airwaves. I remember turning up the radio when the song played and getting chills and singing loud along with the radio as I drove throughout LA while thinking of Liza’s character. I usually hated that kind of music but I identified with Liza Minelli’s Sterile Cuckoo character so much that my personality changed. I loved the song, not enough to buy it but enough to not change the channel on the radio during the hundred’s of times I heard it playing in my 1965 VW bug with flower stickers all over it and with “Freak Out in God’s Nature” and “Spread Love” written all over the back windows in florescent crayons.

I soon met a very middle class white girl named Judy and we became totally immersed into the hippie culture and acted kinda kooky like Liza’s character doing kooky things like The Sterile Cuckoo and just not being afraid to be ourselves who we were both just beginning to understand. Judy and I even hitched hiked across the US with some other hippie friends thinking we were being free. Judy too helped me understand better who I really was.

It was a great sense of liberation from trying to fit into the cholo community that wasn’t really very nice to me. I was ready to let it go and become myself, whoever that might be.

But when I recently happened to switch channels onto the movie The Sterile Cuckoo, it did absolutely nothing for me. I couldn’t stand watching it for more than a few minutes before I switched channels again. The movie just seemed silly so I flicked channels and what did I find? I found Cheech Marin’s “Born in East LA” which was another movie I loved when it came out in 1987. Both movies were just starting as I sat down for lunch. Born in East LA shows City Terrace, the part of East LA I grew up in and the movie even mention City Terrace in the title song. I remember it giving me chills. I loved seeing Cheech Marin (who is actually a cousin to a couple of friends I grew up with) acting like I used to act and seeing East LA in the movie but that movie too, after only a few minutes, I had to turn off….

Today I live with a very loving, smart, kind, playful, intelligent, strong, 6 foot tall white girl who I call Sweet Lady T, who loves me just as I am, whether I’m being who I was as a kid or who I was as a hippie or who I am now. She says she can sometimes still see the cholo and the hippe in me. I guess we all have different facets of who we are inside ourselves.

Thank you Liza Menelli and The Sterile Cuckoo and thank you East LA for helping me along the way but give me who I am today. It was a good experience and I learned a lot getting to where I am and becoming who I am today. I enjoy looking back (sometimes in disbelief) but being here now is where I want to be. 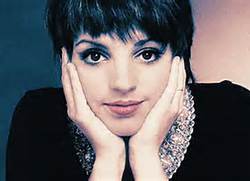 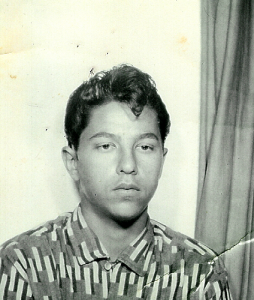 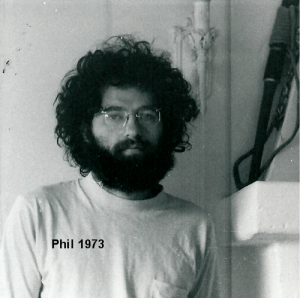 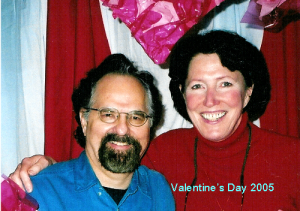