An Assualt on the Nervous System

I  grew up in LA where all the traffic and hustle and bustle and gray skies seemed normal to me. When I heard the term, “blue skies” I didn’t know what that meant until I was 11 years old and my mom and dad took me and my older brother Richard along with them to visit Yosemite National Park.

Once we were outside of LA and into the foothills of the Sierra Nevada, my mom turned around in the front seat and asked me, How do you like the scenery?” “Huh? Scenery?” I answered. I guess being an 11 year old kid, I hadn’t noticed. I was more interested in me and Richard sticking out stocking feet out of the back windows to feel the cooler air rush through our toes and filling up our pant legs. “Yes, look at all the trees and the blue sky.” my mom said. Suddenly I took a look at the wide open space and tall trees and the blue sky and I felt this overwhelming sense of peace and quiet.

Naturally we only vacationed in Yosemite for a few days and were soon back in LA where I noticed that there were no tall trees or open space or blue skies. Instead there was a lot of concrete and pavement and buildings and traffic and noise and smoggy skies.

When I was 13 years old my mom and dad and my brother Richard went back to Yosemite for a vacation and again I felt the overwhelming sense of peace and quiet. This time we stayed for two weeks and when it was time to go back to LA I felt myself not wanting to leave Yosemite and promising myself that I’d be back.

Ten years later, when I was 23 years old, I had a girlfriend named Judy who also grew up in LA and I asked her if she’d like to go with me to visit Yosemite. She said yes and we jumped in my VW bug and drove up into the wide open spaces of Yosemite. This time Judy and I both felt the overwhelming sense of peace and quiet. We decided to move out of LA as soon as possible so once we both graduated college we moved to Ventura, next to the ocean. It was 1972 and there was still a lot of open space with strawberry fields and tall eucalyptus trees and blue skies in Ventura but we could see the area was being built up quickly with millions of people moving into the area and away from LA.

Although it hurt me to move away from my mom and dad and friends and relatives and my roots, Judy and I moved to Chico, CA in 1975 to continue our education. Judy went to nursing school and became an RN and a public health nurse. I took art classes until my GI Bill ran out. During that time, Judy and I broke up but we both stayed in Chico and shared raising our 2 year old son, Joshua.

Eventually Chico, much like Ventura, was busy filling in every open space and cutting down the orchard trees and getting more traffic and crime and smog as bad as LA’s smog so in 1992, Sweet Lady T and I moved to Forest Ranch, about 15 miles out of Chico, up into the foothills of the Sierra Nevada where there is still a lot of open space and trees and blue skies. Now that I’ve been living here for close to 12 years I find myself so accustomed to the peace and quiet and the beautiful trees surrounding us and the blue skies that I find it not easy to leave even for the day to drive to Chico, not to mention going to a bigger city like Sacramento or San Francisco or the 8 hour drive down Highway 5 to LA.

I find the noise from motor vehicles, horns, loud parties, radios, barking dogs, construction, airplanes and leaf blowers an assault on the nervous system and research shows that although people might not be consciously aware of it, noise affects the human nervous system enough so that it causes illness and disease, not to mention actually making people do rash things such as the article reported in the paper (Oct, 29, 2013: The headline reads: “Barking Dogs May Have Sparked Arizona Family Slaying That Killed 4.” The article states that in Phoenix, Arizona: ”For months Michael Guzzo complained to neighbors about the incessant dog barking.” The neighbors didn’t quiet the dogs so this past weekend, police say “Guzzo went on a rampage, methodically killing four members of a family and their two dogs and lived next door before killing himself with the same shotgun.”

Yes, this may be an extreme example how noise does affect people but it does affects all of us and probably even affects deaf people because they can feel the sound waves hitting their bodies and are also aware of the assault on their nervous system.

So I, as well as millions of other people have moved out of the cities and many other people are looking for an escape from the incessant assault on our collective nervous system.

I hope sometime in the near future that we as a society will learn that our environment, including our air, our water, our land, our food and peace and quiet are as important, if not more so than whatever we get out of disturbing our collective nervous systems. 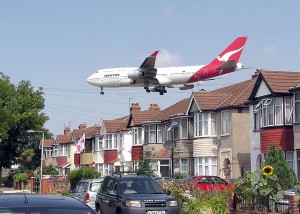 Is this what we want to do to our nervous system? 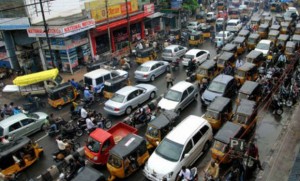