When I was in the Central Highlands of Vietnam my tent was right next to Graves Registration (GR) which is where the killed in action (KIA) were brought until they were ready to be sent to Saigon to be identified and then shipped back the States. Sometimes a truckload of KIA in body bags would come in all at once. The tent they were kept in was called “The Refer” because there was a small generator-powered A/C unit cut into the side of the tent that blew in cold air to keep the KIA from decomposing too quickly. Sometimes when it was hot, the guys working at GR would go in there to cool off and eat lunch. The name, the Refer, never left me and after I got back home, I wrote this story about a friend of mine and I called it “Richard’s Refer.”

My friend, Richard, was still living at home with his parents and when I’d go to visit him he’d ask me if I was hungry or thirsty and wanted something. I knew he always had V8 juice so I asked for that. Richard would open the door to the refrigerator and say, “Man, it’s a pain having to search all over the place in this small refrigerator to find a can of V-8 Juice or an apple or a Coke every time I open the refrigerator.”

When Richard left home and married his girlfriend Roseanne, he decided he didn’t want to hassle with trying to find whatever he was looking for in the refrigerator like he had to do at his parent’s house.

The crisper drawers were packed-full filled with fresh iceberg lettuce and carrots and radishes and cucumbers and zucchini and fresh tomatoes. The shelves were crammed full of lunch meat and bread and pickles and milk and cold drinks and leftovers with no empty space.

“Man, what a hassle this is!” Richard said as he moved stuff around, taking it out and putting it on the counter trying to find whatever it was he was looking for, so when he got married he bought a huge refrigerator with plenty of room. One of those double-door jobs that uses a lot of energy but always holds a lot of food and it included a big freezer.

Of Course it didn’t take Richard very long to see that he wasted his money once Montgomery Wards delivered the refrigerator to his apartment in El Monte. It was never difficult for him to find anything in that refrigerator because there was hardly ever anything in it. Maybe an empty bottle of catsup missing the cap or some wilted celery or a half filled carton of sour milk but not much else.

Richard could have saved a lot of money by just buying an ice chest. That’s  all the room that was necessary for what was ever in the double-door monster he bought.

But Richard stayed married to Roseanne for 12 years while he was working days full time and going to school at night and Roseanne was taking art, gardening and dance classes at the local college that Richard paid for because Roseanne never seemed to be able to find a job.

Everyone told Richard he looked like he was losing weight and that he was getting too skinny. “Oh, I’m just too busy to bother eating.” he said.

“How are you and Roseanne doing?” people would ask. “Well, you know, we got some issues to work out but we’re doing okay.” he answered.

So Richard starved his butt off (literally) for a dozen years and he’d longingly go over to his mother’s house, open the door of the refrigerator and gaze into that crowded refer in wonderment.

One day Richard came home from work and Roseanne wasn’t there. She didn’t call or come home for two weeks. He called me and asked if I knew where she was. “I have no idea.” I said.

When Roseanne finally did come home late one night, Richard scolded her and told her he was worried sick about her and asked her where she’d been. “I met someone else at my dance class and I moved in with him.”

“At least tell me his name!”

“His name is Danny”!

Richard was shocked. “What?!” was all he could say. He walked around shaking his head for several days and eventually moved out of the apartment in El Monte and moved back into his mother’s house and never complained again about having to search the refrigerator for a can of V-8 juice or anything else he was looking for when I came by.

And what happened to Roseanne? After a couple of weeks, Danny, the guy she met and moved in with, didn’t come home for six nights. On the seventh night he called Roseanne and although she was happy to hear from him, she scolded him and said she was worried sick and asked him where he’d been.  ”I met someone else and she’s moving in so you’ll have to move out.”

“Sorry, you’ll have to move out today because she’s moving in tomorrow.” Danny said.

“Doesn’t matter who. Just get your stuff out today and leave the key on the table.”

“At least tell me her name.”

“Susan? Who’s Susan? Not the Susan in our dance class.”

“Doesn’t matter who, does it?”

“Just tell me who. Not that Susan.”

“Yes, that Susan. Now pack up your stuff up and move out.”

Roseanne called me up asked if I knew where Richard was because she couldn’t reach him and the apartment where they lived was now occupied by some other people. ”I think might have made a mistake with Richard. Do you think it would be okay if I asked Richard if I could move back in with him. Do you know where he is?”

“Just tell me where he is.”

“Richard moved back into his mother’s house.” I said.

“Oh, really? Is that what happened?”

“Hmm… Oh…Well that’s nice…. but I need a place to stay until I can find my own place again. Do you think Richard would be okay if I asked him if I could move back in with him?”

“Ahh… would it be okay if maybe I stayed at your place for a couple days until I find someplace else?” Roseanne asked.

“Sorry, I don’t think that would be a good idea either.”

Last I heard was Roseanne moved in with her mother and was still taking art and dance classes and Richard had put on 25 pounds. 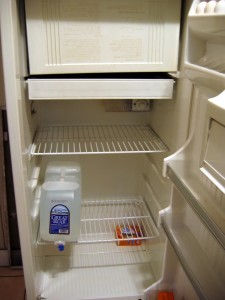 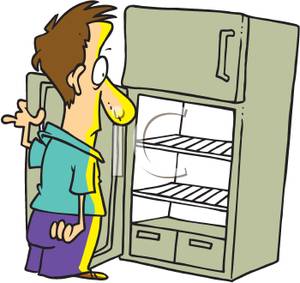