Me and Bobby and Jim and Vietnam

I turned 21 in Vietnam and I’d been back home for a few weeks. I was hanging out with old friends I knew before I was drafted, including a girl named Christina who was in my class in high school. We always liked each other and got together occasionally but our heads were in completely different places and we liked different things. She liked fancy cars and shopping for expensive clothes and going out to nice restaurants. I was more of a cut off jeans and T shirt kind of guy who liked to eat at taco trucks, but like I said, we liked each other so we still got together sometimes.

I’d go over to Christina’s house and hang out with her and listen to music or we’d go dancing or to the movies or sometimes I’d play poker at her house with her father and her brothers and sisters. One time while we were playing 5 card draw in the living room with her father and her brothers, I was dealt an ace of spades, an ace of hearts, a 3 of diamonds, a jack of hearts and an 8 of clubs. I put 5 bucks in the pot and I asked for 2 cards and I dumped the 8 and the 3. There was 35 dollars in the pot and I drew the other two aces. I bet another 5 bucks and so did everyone else. There was now 70 dollars in the pot. When it was time to show my hand I showed the cards one at a time starting with the jack which didn’t impress anybody too much but when I showed all four aces, everybody’s eyes lit up and Christina’s younger brother Bobby said, “Damn, Phil, you’re good at this.”
“Ah… yeah… well, I’m just lucky I guess.”
“Yeah, you are a lucky dude. You made it through Vietnam and you know what? I like who you are now even better since you’ve been back from ‘Nam.”
“Thank you, Bobby. But I think I’m the same guy as I’ve always been.”
“No you’re not. You seem much cooler and happier now. It makes me want to go to Vietnam too.”
“Really? You want to go to ‘Nam?”
“Yeah, I want to go to ‘Nam just like you did.”
“How old are you now Bobby?”
“I’ll be 18 in two weeks.”

A week later Christina called me up and asked if I wanted to go to with her to the beach at Playa Del Rey.
“Ah…Playa Del Rey? Ahh… I don’t know….” I said.
“Okay, I know you prefer Venice Beach. Let’s go there instead. I’ll even let you drive my new convertible sports car.” she said.

So I drove Christina’s new sports car to Venice Beach with the top down and the sun shinning and the music blasting. We played in the waves in the ocean and laid on the sand until we got sunburned and then we went to get something to eat at a taco stand and Christina said ”Let’s go to see a movie.”
“Okay. What do you want to see?” I asked.
“Rosemary’s Baby is supposed to be good.” she answered. “What do you want to see?”
“Not that. I’d rather see Bullitt or Barbarella.” I said.”
“Oh, those sound like terrible movies, Phil! How about Romeo and Juliet?” She answered.
“Oh…I don’t know if I can stay awake through that.” I said.
“Okay, let’s compromise. How about The Odd Couple.”
“Kinda like us, huh?” I answered and we both laughed.

So we went to see The Odd Couple and laughed our heads off. After it was over, while driving back to East LA, Christina said, “Oh, I almost forgot, Bobby wanted me to tell you that he’s joining the army next week.”
“You’re kidding!”
“No. He said he really likes who you’ve become since you’ve been back from Vietnam so he’s going to volunteer for Vietnam too.”
“Really…?”
“Yeah and he’s volunteering to go into the infantry.”

I just sat there staring into space and thought, oh my god. How did I ever make it though Vietnam? I was just happy to make it back home alive.

Next thing I heard was Bobby graduated basic training with a lot of awards and he volunteered for infantry and for Vietnam.

While on leave before he left for Vietnam, Bobby came to see me driving Christina’s sports car. He had gotten very tan and had gained some weight and looked very muscular and had all his hair all shaved off. He took me and drove Christina’s car fast and crazy all over LA until we got to Tommy’s Burgers in The Silverlake District and we ate some of the best burgers in LA and he asked me to tell him all about Vietnam.
I told me everything that happened to me and I wished him luck. “You’re a strong guy, Bobby. You’ll make it through ’Nam no sweat. Just be careful and don’t take any chances.” I said as I hugged him goodbye.

The next day Bobby went with a couple of his army buddies to Las Vegas for a couple days before leaving for Vietnam. He was driving back home in Christina’s sports car at 100+ miles an hour the day before he was supposed to report back to the army and go to Vietnam when he rolled the car on a curve and he was killed.

I went to the funeral and could hardly recognize Bobby in his casket. He was in his army uniform. He looked like he was asleep but he was all bloated. His hands were placed on his stomach and I could see where his hands had been stitched up. It was one of the saddest days I’d ever experienced.  There were over 100 cars in the procession from East LA to the cemetery. He was only 18 years old.

The next year I was going out with a girl named Diana and she wanted us to go to Las Vegas so we drove to Vegas in my ’65 VW bug and we met some people there who told us about a big party at Parker Dam on the Colorado River. So we drove over to Parker Dam and we went to the party for a while and we decided to go camping out under the stars so we went to a nearby campground. During the night a big wind storm came up and it got so bad that we had to get into my car to keep the sand from covering us over completely.  We were sleeping in the car as the wind was blowing the car around and the sand was sand-papering and pitting the windshield of my car and sanding some of the paint off the fenders.

The next morning I could see the sand piled up in sand dunes all over the place including a foot high around my car. While trying to push the car out of the sand, a guy named Jim came by and helped me push the car out and over the sand dunes. He invited me and Diana to his house in Phoenix, Arizona where we went and stayed and partied with Jim and some of his friends for 3 days. Jim and I became good friends and Diana and I would go visit him in Phoenix and he’d come visit me in LA.

One day while  Jim was visiting me he said, “Hey, man I really like who you are and if Vietnam hasn’t messed you up any more than it has then I guess I’ll go into the army too.”
“What? You want to go into the army?”
“Yeah, well, I got my second draft notice last week and rather than throw it away like I did with the first draft notice I got, and worry about getting busted, I think I’ll just go in. I mean you seem like you’re an okay guy. For the  most part anyway. Hahaha.”

So Jim went into the army and we wrote each other back and forth a few times until he finished basic training and he was going into infantry training. He wrote me one more time and said he missed me and he drew a picture of me on the back of an envelope of a letter he sent me. He said he had just gotten orders to go to Vietnam

I really liked Jim but I never heard from him again and I don’t know whatever happened to him. I’ve tried to find him on Facebook but with more than a billion people now on Facebook, there are a lot of people with the same first and last names so I haven’t been able to find the right Jim. I only hope he made it through Vietnam in one piece physically and mentally.

It’s been years since Bobby died or I heard from Jim but I’ll never forget either one of them. They helped make me feel good about who I was at the time.

I only wonder if I should have discouraged them more from going to Vietnam.

Like I said, I was just happy to make it back home alive from Vietnam and, at that time, life felt like a cakewalk and I was happy and excited to be back home and I guess it showed. Of course that didn’t last very long and there was a lot more chaos ahead for me. 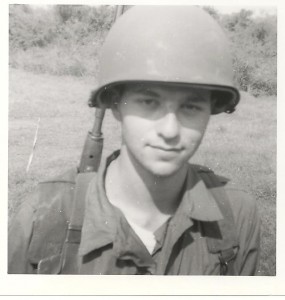 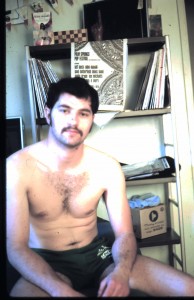 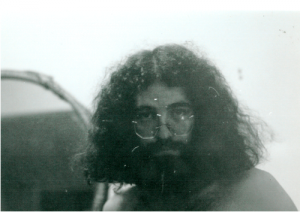 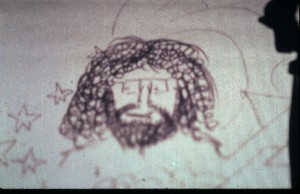