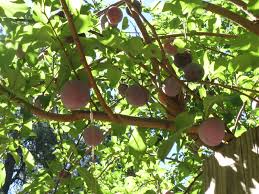 Author: Heather Hacking hhacking@chicoer.com @HeatherHacking on Twitter
Life is not the way it looks in the magazines. If it was, all women would have flawless skin. Views from hotel rooms would be perpetually backlit by sunsets.

If real life was similar to magazine ads, we could all take medicine to bring soft, soothing feelings, usually experienced while walking on the beach.

In this particular rant, I’m thinking of glossy magazine photographs of drought gardens.

These images are inspirational, yet, the transition to pristine status could not have been as photo-worthy.

Last May, I talked to Bob Scoville, one of my favorite sources at the Glenn County Master Gardener’s program.

When we last spoke, he was planning to let go of his lawn and visit the UC Davis Arboretum plant sale. His shopping list included drought-tolerant plants.

After all these months of drought, I was excited to check with Bob and find out what he bought that day. More important, I wanted to hear how those plants were doing.

I was surprised to hear that he only bought two types of plants — Australian sage and valley violet.

Selfishly, I had hoped Bob bought so many plants he would have trouble getting them all back to Willows. I hoped he would have a long list of what worked and what did not in the Sacramento Valley.

Yet, Bob was being wise.

Over these three months the plants grew very slowly. Plus, they started out very small.

“I can’t say they really took off,” Bob said.

At maturity the maximum height of each will be about three feet.

Bob took all the classes to become a master gardener, so he learned to do things by the book. Because his soil contains “rocks suspended by sand,” he likes to dig holes about twice the size you would think is needed, and adds incredibly good local compost.

With drought-tolerant plants, the roots are shallow when first purchased. Bob kept the soil moist – watering every other day.

While his drought-tolerant plants are not yet something to brag about, Bob bragged about his Fay Alberta peaches.

He planted them last year following every good rule in his books.

He did not want the new trees to be “planted in bowls,” so he dug a doubly-large hole and mixed good soil gradually for a transition zone.

He also measured the output of his drip system, so he could ensure he was giving the prescribed amount of water.

It was even a surprise to Bob that the Fay Alberta trees produced a bounty of peaches this first year.

This was not the case with his Carnival peaches. Those trees produced only 3-4 pieces of fruit.

“I’m talking to them about that,” he said.

Bob surrounded the immediate area with some porous weed control material. Then he put down the drip irrigation line and added mulch on top.

His experience was that the weed control product did not entirely control weeds. Yet, it helped to keep the soil moist. Also, he can lift it up and add more compost to the soil when needed.

However, Bob said he has Bermuda grass, which is tricky and sneaks up on the exact places he is watering. He yanked and dug out what he could. However, Bermuda grass only needs a small portion of the plant to re-emerge.

As for the lawn, Bob didn’t tear it out, but he has let it die all summer. His plan is to tear it out after it is even more dead. I’ll make a note to check back with him on that.

On Oct. 13, the Glenn County Master Gardeners are planning another gardening workshop at the Country Pumpkins in Orland. The cost is $10. Topics include windowsill gardening, fall landscaping, season extension (greenhouses and hoop houses) and planting a backyard orchard.

Hodge’s Nursery, 9681 the Midway in Durham, is hosting a homemade salsa contest, Saturday starting at 10 a.m. Chips will be supplied.