By Heather Hacking, Chico Enterprise-Record
01/08/15
My family was in Disneyland last week when the wild and wicked storm hit the Chico area. I planned not to check work email or the E-R website while on vacation. However, the “breaking alert” on my phone broke through Disney’s protective bubble.

My main worry, from 500 miles away, was that a limb from the aged mimosa tree would launch into the windshield of my parked car.

When we arrived home the only thing I found out of place was a tarp that had likely blown around in a circle like the Wicked Witch of the West’s skirt. 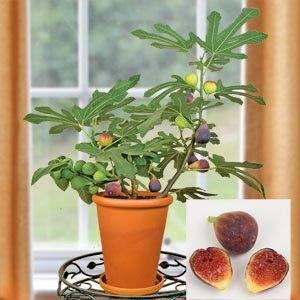 What had survived, and even thrived, were the potted daffodils tucked behind the fence. The really great thing about potted bulbs is they can be moved to the front porch when they are in full glory.

My new-to-me yard is mostly barren; The daffodils were an inspiration to buy bare-root plants. For even more inspiration, I called Butte County Master Gardeners, 538-7201, 9 a.m. to noon Wednesdays and 1-4 p.m. Thursdays.

My new friend Mari said her group plans a public bare root planting demo at the new drought garden at the Patrick Ranch, http://patrickranchmuseum.org. We’ll keep you posted with the exact date and time.

When work began at the Patrick Ranch, Master Gardeners couldn’t help but notice the heavy loam soil was compacted.

First they dug down a few feet, placed a stick across the indentation, with a string hanging down. Water was added and the gardeners watched how long it took for the water to percolate into the soil.

They ended up working the soil again and again, and adding worm castings.

Bare root plants are shipped when they are dormant. Often the roots will be packaged in a little soil and wrapped in plastic.

Sometimes the plants are sold in a pot.

Bare root plants must be planted while they are dormant. Mari even used the word “imperative.”

If you get sidetracked by life and the plant starts to wake up, you’re better off leaving it in the pot and waiting until next year, she explained.

Ken Hodge, owner of http://hodgesnursery.com, was the logical next step for advice. I explained that I am a renter and wanted something I could enjoy within the next several years. A fig would make my boyfriend happy.

Ken jumped on the fig idea, and said the tree would even produce the first year. He suggested the variety Black Jack, and said figs will give the grower two crops a year — early and late summer.

A small tree needs about a gallon or two or water twice a week for the first few years. By the third year, water up to 10 gallons once a week. Leaves on a fig tree are big and will “really tell you when it needs watering,” Ken noted.

I’ll probably put the tree in the ground, but Hodge’s has a special “renter’s section,” of trees for sale in large tubs. If you keep the trees pruned small, they’ll thrive for years in a container, Ken said.

Stone fruits are great for this method, including apples, nectarines, apricots and especially plums.

Another good idea is blueberries in tubs. Blueberries need other blueberries to cross pollinate, so he sells a tub that includes three varieties.

The main worry about blueberries is soil Ph, which needs to be at 4.5-5.5. If those are just numbers to you, Ken said if the plant becomes sick or yellow, add a tablespoon of Dr. Iron in the spring and again in the fall.