A close-up view of the fabric used to make Smart Pots. Heather Hacking-Enterprise-Record
Last year we had some substantial rains in the month of March. This year March has felt like May or June.

At last check the Sierra snowpack seemed more suited for dirt bike riding than downhill skiing and the governor has called for increased vigilance in water conservation.

The past few weeks I’ve been home after surgery, which has provided the luxury of a deep garden assessment. 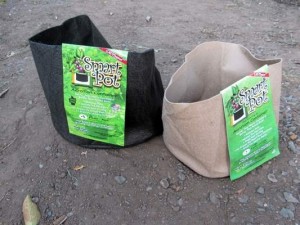 I’ve noted that half of my plants look half-dead.

What’s really eerie is that the blooms came early this year, as if the plants knew it was now or never.

Lavender usually blooms around my birthday (April 30). The purple flowers were here before the first day of spring.

Charlie, the tulip guy at the farmers market, said he usually moves his tulips to a greenhouse to help them bloom. This year he needed a cold house to keep all the blooms from arriving too soon.

March 20 I had surgery to remove some cancer-encrusted internal organs.

By no means was any of this a light adventure, but “we” got through it.

I say “we” because my close friends and family also had to wait for surgery and wonder about the unknowns.

At the end of the story my UC Davis doc gave me good news.

Detection was early and unless we learn otherwise, I should be able to avoid radiation. 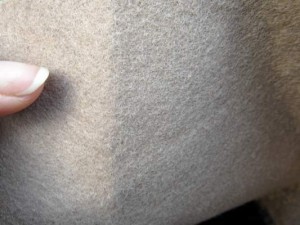 Like most of us, I’ve had friends who have died of cancer, others who have had long battles with cancer and a cousin in the midst of tackling breast cancer.

To have my own cancer chapter come and (hopefully) go so quickly seems like winning the lottery.

The end result has been that I feel blessed and loved. People brought me food, potted flowers, chocolate and a Roku. Friends sat with me when I was scared or played board games as a distraction. My family helped snap photos of the rubber chicken in the hospital and coworkers are picking up my slack at work. My boyfriend stood strong and told me all would surely be OK because he needed me around.

Not to get too Pollyanna about all of this, but in many ways this health scare has been a gift.

BACK TO THE GARDEN

When my friend Jim visited last week he asked if there was anything he could do. Soon he had a hose in his hand and was filling pots with water.

I could have asked him to pull weeds, but the way things are going, those weeds will be dead of drought in no time.

BEING SMART ABOUT POTS

Last week my sister came down for the day and I talked her into driving me to TJ’s Nursery, on Kennedy Avenue in Chico.

During the Local Nursery Crawl, Terry Miller had chatted me up about Smart Pots.

Fabric pots are nothing new, but have really hit their stride with the increase in marijuana cultivation.

The fabric container allows more air to circulate in the root zone, the smartpots.com website explains.

Perhaps even more importantly, Terry explained, when the roots hit the edge of the container, the plants produce smaller, more fibrous roots, rather than one long tendril that will cause the plant to turn root-bound.

I bought two pots and will report later on how they work for tomatoes.

Some gals on an online garden forum had a lively discussion about making their own fabric containers. You can read their sewing tips here: http://goo.gl/z8ow7t

The two Smart Pots weren’t exactly cheap, $17 for two. However, they should last about five years, I am told.