Air Service in Chico – End of an era, now what? 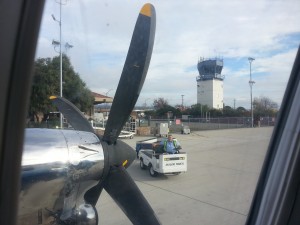 Chico airport from my window on 1 December

I was on Horizon Air’s very first flight in March 2007 from Santa Rosa to Los Angeles and back.  That was a festive occasion, and the culmination of years of hard work by many committed people in a region that persevered on a long term goal to bring back service after losing it in 2001.

Seven and half years later, this week I made another unnecessary plane trip but not a festive one: on Monday, 1 December, I flew from Chico to San Francisco on United Airlines 5290, on the second to last day of service.  The following day, 2 December, I was confirmed to return on United flight 5323 on what was to have been the very last flight into Chico. 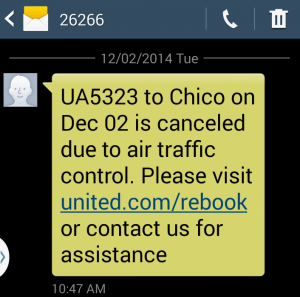 In a bit of irony that some will say merely shows that SkyWest Airlines service in Chico died in the same way it lived, I received a text message notifying me that United flight 5323 was canceled due to weather and air traffic control issues in San Francisco.  (I ended up renting a car in downtown Oakland and driving back to Chico.)

What would have been the second to last inbound flight to Chico, United 5307, in fact became the last flight into Chico.  The plane turned around, became United 5290 back to SFO (the one I took the day before), and thus commercial air service quietly ended in Chico after who knows how many decades.  I’m sure it has been at least 50 years, but I don’t know for certain. 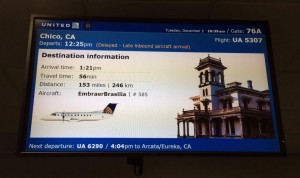 Departure screen at SFO for United 5303 on 2 December – note Bidwell Mansion. A friend of mine happened to be on this flight and snapped this photo.

When I wrote the “Air Service in Chico” blog series in 2013, I proposed a “Preserve, Promote, and Expand” approach.  In the last installment of the series, I wrote of my fear that if we didn’t preserve and promote, we ran the risk of losing what we had and then having nothing left to expand.  That day has come.

For those who seem so eager to dance on SkyWest’s grave, bear in mind that Chico is now entering uncharted territory with which no one here has any experience.  When this morning I returned the Hertz car I rented in Oakland to get back to Chico after the cancellation of my flight, I saw that the TSA staff was already dismantling the holding area and luggage screening tables. 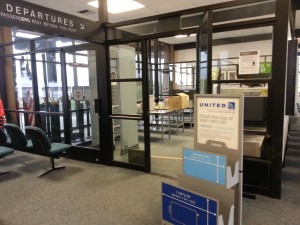 We really don’t know how difficult it will be to restart service now that it’s lost.  Remember, it’s the federal government that manages nearly all of the various agencies that administer the system of civil aviation.

But does it really matter to the people and businesses in Chico that they are no longer directly connected by air to the great wide world?  Perhaps not.

A Chamber of Commerce sponsored committee (“Airline Attraction & Feasibility Committee”) composed of City Council and Airport Commission members, businesspeople, and others including myself, wants to find out.

Two surveys are currently out: one is for the general public and the other for business enterprises in the area with substantial travel budgets.  The goal of both surveys is to determine the depth and intensity of interest in mounting a serious effort to attract new air service.

While both surveys are useful, the survey of the business community is the more important.  It specifically asks businesses to what extent, if any, they are willing to commit money into a long term effort to win and support new air service to Chico.

The first task the money is needed for is to underwrite (if the City won’t) a professionally compiled passenger traffic study that measures how many trips originate annually from our region and to what destinations.  Without a city having such a study in hand, no airline will even entertain a conversation about service.

In the event that Chico does interest an airline in providing service, a second and larger need for money will be to serve as a revenue guarantee for the airline in the first year or two when the service is new.  For those who think that the airline should just take a chance and see how things go, please know that it just doesn’t work that way for small cities like ours.

Let me be clear.

Without that financial support there is no reason to spend a great deal more time on the subject.  Our efforts would be better spent working to encourage a business to provide frequent nonstop ground shuttle service to Sacramento from Chico.  (This is a worthwhile goal even if air service were to return to Chico, since there will always be a large traffic in people from our area using the Sacramento airport.) 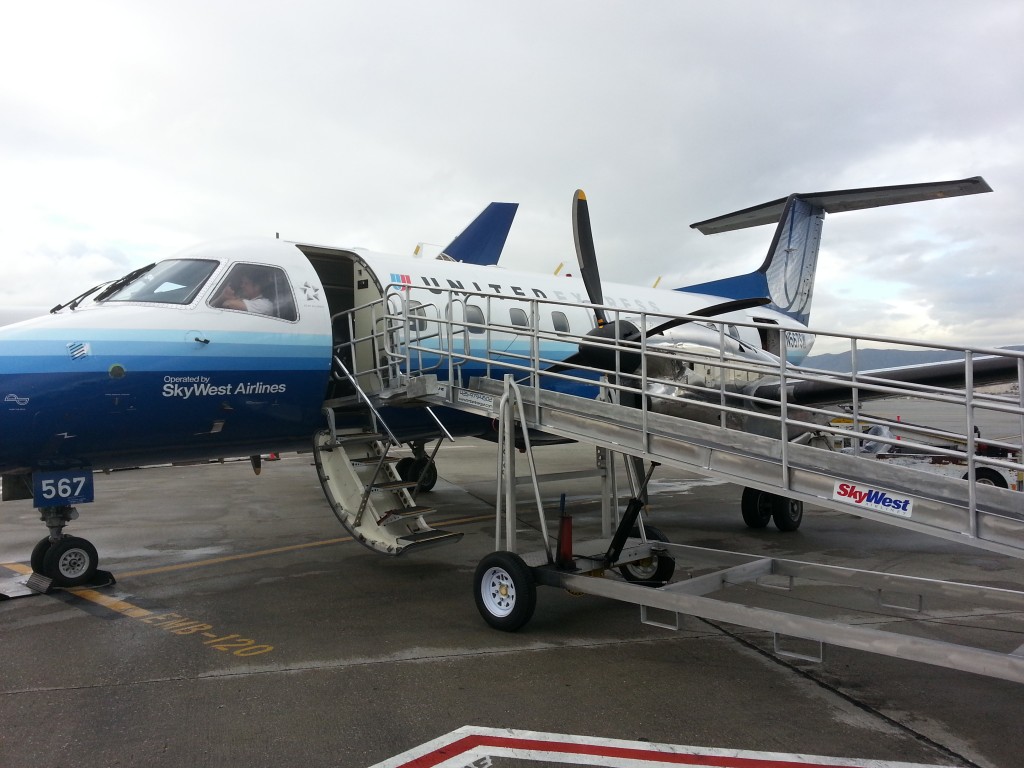 United 5290 on the ground in San Francisco, 1 December

Let me be blunt.

Other than possible air taxi service (point-to-point service in small aircraft that is not part of a network, does not deliver TSA screened passengers into a another airport’s security “clean” area, and does not exchange passengers and baggage with other carriers) there simply will not be an airline that suddenly has the idea to fly to Chico because it’s some wonderful opportunity that it just hasn’t been aware of.

I’m sorry to break this to the good citizens of Chico but there isn’t a queue of airlines licking their chops waiting to take over where SkyWest left off.

I’ve lived in Chico for sixteen years, and in all of that time only one airline besides United/SkyWest has expressed any interest in flying here.  Nothing came of it because the airport’s infrastructure was not adequate, and even if it had been, the carrier would not have been useful except for leisure travelers.

And in those sixteen years, the environment for service to small and medium size cities has only gotten tougher.

Chico is one of many similarly sized (and larger) cities facing reductions or complete cessation of service.  Even in huge metropolitan areas, major airports that will never lose air service are facing reductions as carriers concentrate their flights in a region’s goliath airport.  (Oakland and San Jose, for example, have been losing service to San Francisco.) 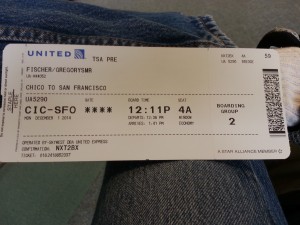 Yet time and time again here, I’ve heard many people say that “they” should fly to Chico.

There isn’t some entity that can compel an airline to provide service to a specific city in the United States.  If “they” do not wish to serve Chico, then “they” do not have to.

It’s the “we” that this city and this region must concentrate on if there is to be a seriousness of purpose in restoring commercial air service.

We need a strategy that consists of three essential components:

– A knowledgeable and passionate airport manager

– Long-term political leadership by one or more elected officials

With all three of these in place, then over time we will at least have a chance to make our case to air carriers for whom Chico might be a fit.  Nothing is guaranteed even with the best of efforts, but at least we’d be in the game.  Both Santa Rosa and Redding set sterling examples for us to emulate.

But without any one of these components, it will only be a half-baked attempt compared with other cities that have real fire in the belly.  Frankly it would be a waste of time.  And sadly, right now Chico cannot check off even one of these three boxes.

What will it be, Chico?

Air Service in Chico – navigational links
Previous post Where do we go from here?
Next post: Unhappy Anniversary

2 Responses to Air Service in Chico – End of an era, now what?