Picture your son (or you daughter) walking home at night from the 7-11 store when he (or she) went to get some candy. As he/she’s walking back home he/she gets a creepy feeling and notices someone following him/her. That can be pretty scary. I’ve experienced it and I’m sure many other people have experienced it too. And then that someone gets out of his car and he hassles your son or daughter and he happens to outweigh them by 100 pounds and your son or daughter tries to “stand their ground” by fighting him off to protect themselves — wouldn’t you want them to? And then the person following your child shoots and kills them — then he’s judged to have stood his ground and your child was judged to have been the problem?

Nice so-called “justice” George Zimmerman was able to buy from our legal system and much of the money came from donations. Doesn’t that give you a nice warm, safe feeling inside? What was it Bob Dylan said in one of his songs? “Money doesn’t talk, it screams.” And in this case, it screams INJUSTICE loud and clear. What we call this in East LA is: “Que gacho!” (Loosley translated: “That’s pretty damn lousy”) 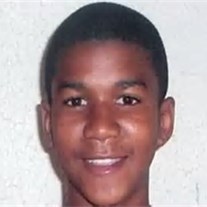