My three older brothers told me how scary school was going to be and that I would hate kindergarten. They told me that people were going to be mean to me.

My mom said it won’t be that bad so when the first day came, I was crying and begging my mom to not leave me there when the teacher impatiently looked up at her and sternly told to her to “Just leave!” And my mom patted me on the head and walked away and left me there with a bunch of scary strangers, including the stern teacher and a whole bunch of rowdy, rambunctious kids while I was screaming my head off for my mom to please don’t leave.

Somehow or other I made it through that scary, seemingly endless first day of school. And then there she was, in what felt like forever, my mom came back. She didn’t forget all about me.

I was so relieved as I holding her hand and walking the several blocks back home, that when she asked me how it was, I wanted to act brave and I forced myself to softly say, “It was okay” as I kicked a rock on down the road. And then my mom dropped the bombshell and said; “Good, then maybe it won’t be so bad for you tomorrow.” I about fell over as I looked up at my mom and quivered and meekly said, “You mean I have to do that all over again tomorrow?” To which my mom said; “Oh it won’t be so bad.”

I made it through that first year of school and all the years from grammar school through high school after that. I can’t say I ever particularly cared for it though. Why? Maybe it was because I was just one of a multitude of the Baby Boom generation where I never really got the individual attention that I needed but that was nothing compared to getting drafted the year after high school and being sent to Vietnam as a medic. Suddenly school seemed like a cakewalk.

So when I managed to survive Vietnam and got back home, I applied to college and enjoyed every single day of it. As a matter of fact, I look back at my college education and think that it was the most carefree, happy time of my life.

Of course I also enjoyed going to many anti-war protests while I was at Cal State LA but I guess that was part of my education as well.

I think I’ll call my next blog, “A Quality Control Check List” and talk about how I’ve learned to make a decision. 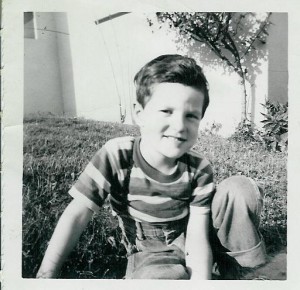