Did Your Life Turn Out the Way You Planned?

I was talking to Sweet Lady T after breakfast Sunday morning and I looked at her as she was drinking her coffee and reading the paper and I looked out the window at the rain coming down and I asked her if her life turned out the way she had planned.

She looked at me, smiled and asked if anybody’s life does.

I thought about it for a moment and said, “I’m not sure I ever really planned my life but I know you did and you seem to have gotten where you had planned.”

I said, “You know, I love the fact that you’re happy.”

“Good because you make me happy.”

“That’s the nicest thing anybody’s ever said to me, honey.”

Then she looked at me and asked if my life turned out the way I had planned.”

“I guess I just took it day by day and life just kinda took me along for the ride.”

“But are you happy?”

Trudi smiled and went back to reading her paper.

Then I thought of  a friend  I had (I’ll call him Mike), who made deliberate plans to live the life he wanted to live. He was very organized and actually planned ahead what he was going to do with his life. As I was looking out the window I wondered what happened to Mike who grew up in Detroit. He decided he wanted to become a librarian and he went to library school and got a job as a librarian and did that for a couple of years but he felt that wasn’t want he wanted.

He got married and then decided being a librarian wasn’t for him so he went to optometry school in Texas. He graduated and was ready to become an optometrist but he didn’t want to live in Texas so he packed up and he traveled with his wife all over the country and he checked out different towns where he thought they might like to live. He choose Merced, CA and lived and worked there for a while working as an optometrist.

Then he decided he wanted to live in a college town so he moved up to Chico where he lived and worked for a few years and he had two kids and then he got divorced.

I, on the other hand, didn’t do much planning. I guess I just went with the flow. I grew up in LA and after high school, I went to college until I got drafted and sent to Vietnam. I managed to survive that and then I went back to college, met a nice lady, graduated Cal State LA with a BA in Sociology and decided the traffic and the congestion and the smog and the madness of LA was too much for me so I married the lady I met at college and moved to Ventura, CA and worked as a social worker for three years and had a baby.

I wanted to go back to college but there wasn’t a 4 year college in Ventura at the time so we moved up to Chico where I went back to college for 2 more years until my GI Bill ran out.

Next thing I knew was I was going through a divorce and I traveled through Europe and Israel and thought about getting back together with my wife but I guess it’s true when they say, ”you can’t go back home again” so instead I met another lady and had 2 more kids with her. We were together for 7 1/2 years and broke up and I wound up being a single father raising 3 kids half time.

During that time I met my friend “Mike” and we became buddies and went to lunch at least two or three times a week for a couple of years or so and he got remarried and had another baby. Then Mike decided to move again so he left Chico and moved his family up to Seattle, Washington for a few years. I lost touch with him but last I heard he moved to Southern California. I have no idea what he’s doing or if he’s happy with what he’s doing.

Meanwhile, I’m wondering, even if someone does plan the life they want to live, does it ever happen? I mean, most people want to live a ”successful” life whatever that might mean to them personally and some succeed at believing they’re successful – which usually means financially successful.

I can’t help but think of the saying, “People plan and God laughs.” So maybe God’s not laughing at me, I don’t know but when I look at people who most people deem as financially successful, I’m not sure I see happiness in their faces. I see as much, if not more worry in their faces as I do in everybody else’s faces. That’s what I think every time I see Bill Gates on TV. Maybe it’s my imagination but Bill Gates doesn’t look happy to me. He looks worried to me. How can that be when he’s one of the top 2 riches people in the world.

I guess we all have to decide what we believe happiness and success is and personally ask ourselves if we’re happy with the way our lives turned out.

Meanwhile, I’m enjoying the rain and looking out the window. 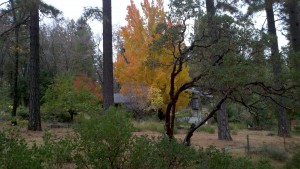 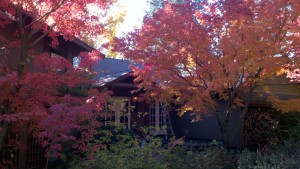