Right and Wrong. Good and Bad

I guess some people need to be told what’s right and what’s wrong. I guess we’re not intrinsically born with the knowledge. It seems like it’s something you’re supposed to learn early in life from parents and/or teachers — but evidently not every body learns it very well.

When talking to people about crime, I’ve often heard myself say, “Why don’t people play on the freeway?” They look at me wondering why I’m asking them that and then I answer, “Because they know they’re going to get hit by a car or a truck.”

So people know without question that playing on the freeway is bad and wrong and I can’t think of anybody who plays on the freeway.

But stealing and robbing and cheating and lying and other things that most people believe is wrong and or bad, is another thing altogether. Why is that? Mostly because they think they can get away with it or that other people don’t think it’s that bad or that wrong so they go ahead and do it.

But most of the people who are doing the things mentioned above, that people believe are bad or wrong, go to church and nod their heads when the minister who is preaching tells them those things are bad but like the song sung by Patsy Cline, “Dear God” says, “I go to church on a Sunday, the vows that I make I break them on Monday the rest of the week I do as I please and come Sunday morning I pray on my knees.”

You see it on TV and hear about it on the radio and read about it in the papers every day, people taking crazy chances and cheating and lying and committing crimes and Wall Street insider trading, the Big Bank bailout, many who are still committing crimes and laundering money for terrorists and other illegal activities, and all the gang activity and even committing murder and you also hear and read about politicians doing it and some of them pretty much getting away with it.

I mean we can start right at the top with President Nixon lying and cheating and getting caught but not doing any prison time. Yes he lost his presidency but he chose to resign rather than take the chance of being impeached and sent to prison so that’s a good example of getting away with doing the crime but not doing the time in prison.

And we can go on from there to President Reagan’s Iran-Contra shenanigans with selling arms to our “ally” Iran and giving the money to our “ally”, the Nicaraguan Contras who were fighting the Nicaraguan government. Reagan claims he didn’t know about the scheme but that’s hard to believe and if he didn’t know about it? Who was running the government, the President or his staff? And is that any better?

And we can go on down the line from other government officials all the way down to street thugs and drug dealers who, no doubt, look up at everybody else getting away with much worse than dealing illegal drugs so why not? I mean they can see that more people are dying using legal drugs and by hospital mishaps than they are by using illegal drugs and where’s the outrage about that? 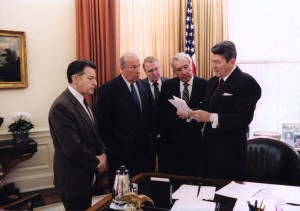 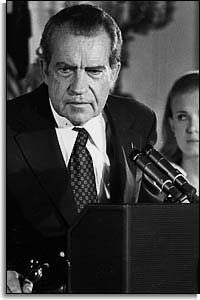