The horrible car crash that Paul Walker died in a couple weeks ago is tragic. He seemed to be a nice guy with the good looks and charisma and youth and talent that millions of people admired. I admired him too and I saw and enjoyed a couple of his movies.

And to die in Valencia, CA, home of Magic Mountain seems all the more tragic.

But if you Google “How many people die each year in the US from illegal street racing”, this is the answer you get: “An average of 135 people in the US die each year in street drag racing accidents — and 51 out of every 1000 racers get hurt.”

What does that have to do it Paul Walker dying? Well, as much as I enjoyed his movies and seeing him on the screen, I’m afraid that his six Fast and Furious (and soon to be seven) movies have romanticize illegal street racing and that many other young people are dying each year from street racing.

You know young people are looking for role models and the Fast and Furious movies are encouraging and glorifying and getting young people to emulate Paul Walker and some of the people dying are innocent victims that are just in the wrong place at the wrong time and in the way of street racers and that could be anybody. But nobody seems to be talking much about that

So as sad as it is to see Paul Walker die so tragically, I think it’s even more tragic to realize that hundreds of other people are dying from what is romanticize and encouraged by his Fast and Furious movies. 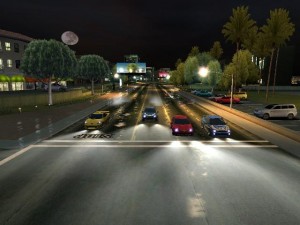 Getting ready for an illegal street race