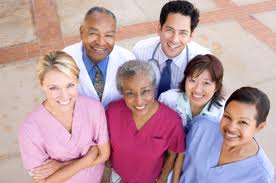 Why should health care so prohibitively expensive? The U.S. spends $2.7 trillion a year, nearly 18 percent of the gross domestic product on health care and yet it’s not keeping up with the rest of the developed world when it comes to improving people’s health. Why is that?

The so-called “free market” for health care is not a market at all. It’s far from a market. When you go for health care, you don’t even know what they’re going to charge you. What’s up with that? What other “market” does anyone go to and not know what they’re going to charge you? Not to mention all the garbage fees of being charged hundreds of dollars for an aspirin and hundreds of dollars more to hand it to you and that’s just the tip of the iceberg.

And while just about all opponents of Obamacare say the U.S. health care system is the best in the world, the statistics don’t support that. US life expectancy is not as long as lifespans by people in most of Western Europe and Japan. There are huge disparities across the US. People in states like Mississippi are compared to most of the rest of the states.

The standard fee-for-service system that encourages doctors and other caregivers to give lots of tests, individual treatments and to prescribe drugs, instead of keeping patients well keeps health care even more expensive. Of course It’s good to keep prices high and

According to Forbes, the insurance industry makes $900 billion profit a year taking payments from people and paying it to health care providers. Eliminate the middle man insurance industry from shuffling the paper taking payment from individuals and sending it to health care providers and put together a computer program to do that problem and you’ve just cut the price of health care 40 or more percent. Instead of 2.7 trillion a year for health care, it would be lowered to 1.62 trillion.

That means if you’re now paying $200 a month for health insurance (and it’s easy to be paying much more), you’d be paying $120 a month by eliminating the middle man and going to a program like Medicare where there’s no insurance middle man. The money goes straight to the health care providers.

So what I’m saying is get the insurance industry out of health care and the price you’re paying for health care suddenly becomes much more reasonable.

But you never hear that idea being talked about by Congress because the insurance industry is making “campaign contributions” to Congress and Congress responds accordingly.