There are two ways we can seek to expand.  One is for United to increase the frequency of service in our existing Chico-San Francisco market.  The other is to work for flights to new destinations.

In this post I’ll focus on expansion in our existing San Francisco market.  This is the simpler goal.  We already have an airline, United Airlines/SkyWest Airlines, that flies the route, and they used to offer twice as many flights as they do now.  When I flew frequently between Chico and Washington, DC, there were six daily flights each direction, but now there are only three. 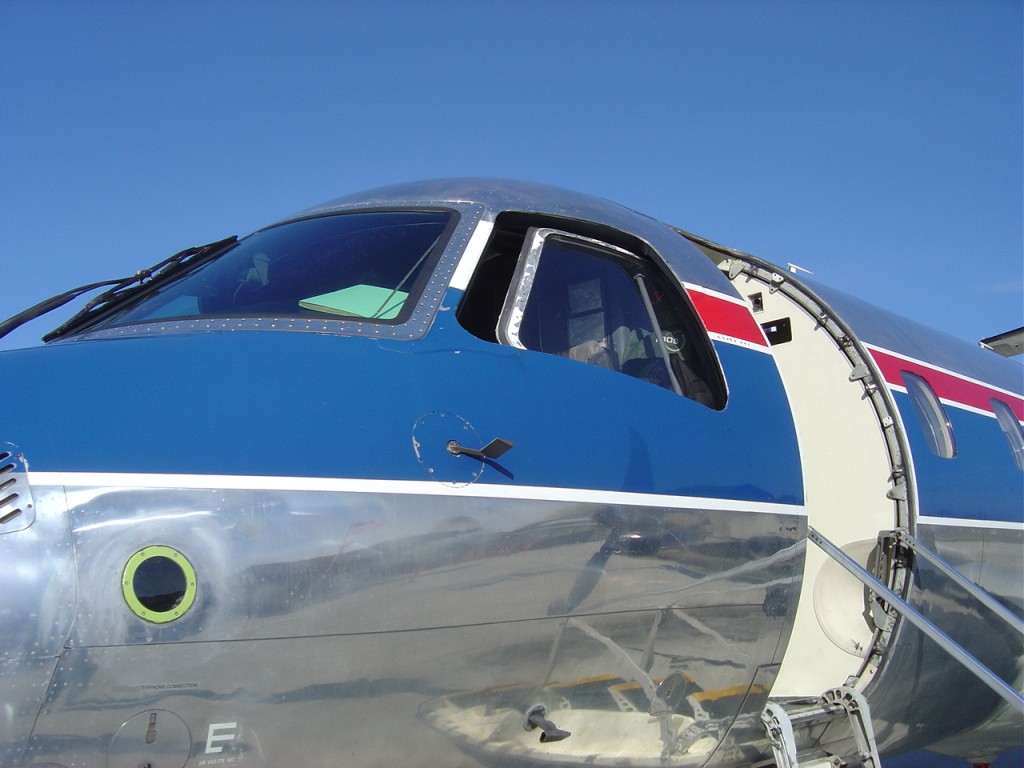 I made this point in the Reliability post and I’ll make it again: the more flights that operate, the less likelihood there is of problems, because redundancy is built into the schedule.  But there is another interesting phenomenon that usually occurs with all modes of public transportation: aviation, rail, and buses.  When frequency is added, it stimulates demand for the entire schedule, not just the new service.  It makes sense.

San Francisco gets knocked for its runway situation (two side-by-side runways, which under adverse weather conditions results in constricted take-offs and landings) but the fact of the matter is that SFO is the number one airport in northern California, and there isn’t even a close second.

United Airlines’ share of the pie in SFO in 2012 according to the San Francisco Business Times was over 46%.

Chico has the right carrier to the nearest major airport in our region with the greatest number of connecting flights to an excellent array of domestic and international destinations.

But in order to get more flights to San Francisco we need to do better now at filling seats out of Chico.

For a long time, the load factors (percentage of seats filled with paying passengers) on the United Airlines/SkyWest flights to San Francisco have been less than stellar.  Using the Department of Transportation’s Bureau of Transportation Statistics website you can see these numbers for yourself.  Go to this website, select “SkyWest Airlines” and “Chico CA – Chico Municipal”, click “Submit”, scroll down and then click on the “Load Factor” column header.

You’ll see summaries for each year and then monthly figures, that (as of now) begin in 2002.

Most of the numbers are in the 50% and 60% range.  Just a handful of times on a monthly basis has Chico broken the 70% mark and never on an annual basis.  Now change the airport to “Redding”.  You’ll see much better numbers there with many months breaking well past 70% and the annual performances easily exceeding Chico.  Make the airport “Arcata/Eureka” and you’ll see still better numbers with most years producing load factors in excess of 70%.

Let’s face it: in our neck of the woods Chico is the slacker airport.

The fact that Redding had high numbers during the summer of 2012 may be why United Airlines added a fourth flight in the RDD-SFO market for the summer of 2013.  Chico’s summer numbers in 2012 were dismal so we remain at three flights this summer.

And Arcata/Eureka has six or seven daily flights to SFO and two to Sacramento.  Yes, they are far more remote than Chico is from a major airport but that is beside the point: they fill a lot more of their flights than Chico does.

And who can blame United?  It’s not good business running half-full planes.  If I were a schedule planner at United I would make the same decisions.

Which brings me back to back to the “Promote” element of the “Preserve, Promote, and Expand” approach.  In order to make the service more viable we need more flights, but I don’t think United will want to deploy more assets unless it sees the current level of frequency delivering better results.  And the only way it will produce better results is if there is a long-term and effective effort to promote the service.

There is no harm in asking United to increase the number of flights, but we should be prepared to hear “no” as long as the numbers are they way they’ve been for many years.  At the same time we should enroll United as our partner in promoting the service that will deliver the results that will make them want to increase the frequency as well as make other airlines sit up and take notice.

Is there a conundrum here?  A little.  Admittedly the service we have now isn’t great with limited frequency and reliability issues.  But it also isn’t as bad as some think.  Working with United on the reliability, scheduling, and fare issues, while at the same time promoting the service that exists is the only game we have and we need to play like we mean it.