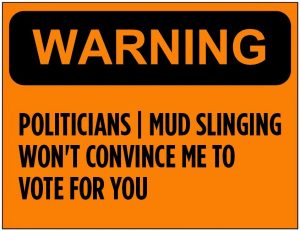 Who is doing the mudslinging against candidate Joe Montes, candidate for Congress, and making wild, unsupported accusations of fraud and wrong-doing?

This is not coming from anyone who knows him, that’s for sure!  Nobody in law enforcement is saying this.  Not the even the local leaders in conservative or progressive politics are troubled by Mr. Montes’ record.

So, who is doing this character assassination?  Just one person is behind all this mudslinging and coincidentally, he is the one person who has the most to lose if Joe Montes is elected.   This would be the incumbent Congressman, Mr. Doug LaMalfa.  Yes, he has a lot to lose, namely his $175,000 a year, plus benefits job, not to mention a ton of special interest money donated to his re-election over the past 4 years.

Up until this point, LaMalfa was known for being one of us, but the mudslinging has exposed a darker side we’ve not seen before and it’s drawn attention to his own dismal record while in Congress.

If LaMalfa’s re-election is in jeopardy then it’s his own fault, because he just hasn’t done much and now his campaign smacks of desperation.  He looks like just another common politician who is willing to do whatever it takes to win.  This  is incredibly disappointing and it makes me wonder, is the corrupting influence of Washington behind this or was Mr. LaMalfa really never up to the challenges of this job?

Now even his own party, the Republican Central Committee of Butte County is backing his challenger.   And so county supervisor, Larry Wahl, an outstanding conservative leader and there is long list of others who feel Mr. Montes would be the better choice to represent us.