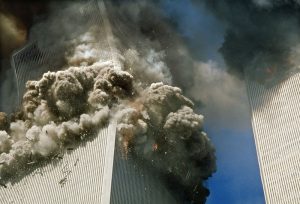 Because there has been so much lying and misinformation about the Presidents order on immigration we need to lay out the facts.

First big lie:  This is a BAN on MUSLIMS!   If it were we would have somewhere between 47 and 51 countries on the banned list.  Only people from countries where their governments are in some kind of chaos that makes verifying their personal information on  VISA applications unreliable have been affected.   In total, only 7 countries fall into this category.  Those countries are all well known for being hotbeds of terrism, have ongoing terrorist activities and strongly anti-US sentiments.   This ban may inconvenience some people, but it makes no sense to put these applicants’ travel concerns ahead of the safety concerns for American citizens.

Second big lie:  This Presidential order is unconstitutional!   Under the Constitution, Article 1 powers were given to the Executive branch of government (Office of President). The president was given broad powers inherent to his role as the Commander in Chief.  This means he has the authority to stop or exclude any immigration from any country he feels is necessary for our national security.    This happened in 2011 for a 6 month period under then President Barrack Obama.   Presidents have blocked immigration from certain countries on 6 prior occasions.

Federal law allows the president to bar entry to any immigrant “or any class” of immigrants if he deems them “detrimental to the interests of the United States,” and to “impose on the entry of aliens any restrictions he may deem to be appropriate,” according to the law:

Third big lie:  This is sheer bigotry!   Absolutely no evidence of that, please read the above more carefully.   This is about a process and national security.   Obviously, it is necessary to assure information contained on a travel VISA is truthful and if it can’t it raises the question of national security.   But, the facts speak louder that words.  Of those persons seeking entry from a limited number of countries in turmoil and conflict, only 180 persons are being delayed or have been denied entry.   Consider, there are 1.6 billion Muslims in the world, only 180 have been blocked from entry into the USA at this very moment.

Every nation has their own requirements for vetting travelers and immigrants and every nation has at times blocked entry of certain people holding questionable documents.   This was especially true during WWII. 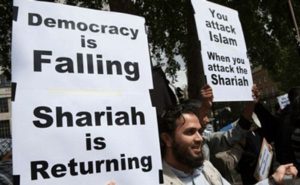 Right now, Al Qaeda, ISSIS and at least a dozen other terrorist organizations have declared war on America.  We’ve been attacked many times by these terrorists and their affiliates and many more attacks have been thwarted, so the threat is real and ongoing.

As a result of these terror attacks, thousands of innocent lives in America have been lost and many Americans have been maimed, their lives forever changed.   Billions of dollars in destruction has been wraught here and all because of radical Islamic terrorism.   To seeks ways to protect ourselves and do the best we can to prevent future attacks, while acting within the scope of the Constitution,  is not unreasonable.

If you are of sound mind and you have read the above carefully, then you know the concerns raised by liberals and Muslim protesters are founded more in hysteria and politics than reality.  President Trump said that in 90 days this situation would be resolved when more effective vetting procedure for VISA’s will be in place.   It does not affect Green Card holders.

26 Responses to BAN ON MUSLIMS! IT’S BIGOTRY AND IT’S UNCONSTITUTIONAL!