When one is elected to public office they have a duty to represent all the people.  We expect that.  This does not mean going against party planks or personal core values, but it does mean keeping an open door.  It does mean, treating people with the sort of respect  that reflects well upon yourself and the office.

Of course, the higher one  goes the more we expect.  We want and deserve representatives to show us their best side, to always be the bigger person even if others are not.   The president has a duty to set the standard for all others in public service. 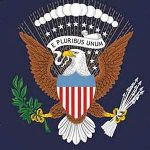 For example, the president can’t excoriate a corporation unless its the people’s business to do so.   The president can’t lambast a news media, unless… it’s in the best interest of the people to do so and it rarely is.   Mark Twain said, “Never get into a fight with people who buy ink by the barrel.”

The president must be above all petty behaviors for his sake and ours!  Besides, there are better ways to be both effective and yet still critical.  That’s called maturity and it’s what we need in the highest office.

“There should be no bitterness or hate where the sole thought is the welfare of the United States of America. No man can occupy the office of President without realizing that he is President of all the people.” ― Franklin D. Roosevelt

Early on, President Obama tread on many areas that made him look biased and UN-presidential, he had an ego problem.  Right or wrong, he never quite escaped from that first impression that started in Cambridge, Mass.  That flaw would go on to cause rancor and division among the American people.   President Obama should have learned a lesson from his first experience (with the Cambridge Police),  but like I said, he let his ego get in the way and we (the public and the police) paid a heavy price later on.

We observed with great disappointment when Obama embroiled himself (and thus the nation) in a number of pointless and divisive street level incidents, such as, Trayvon, Ferguson and Baltimore.  Those missteps eventually led to serious violence.   The lesson:  What the president says, every single word, really matters and it carries serious consequences.   A president must be deliberate, thoughtful and choose his battles very carefully… battles that only serve the good of the American people.

I hope Trump learns from Obama’s mistakes.  As an amateur politician, he’s got a lot to learn.   However, that’s why I feel he’s entitled to make a few mistakes, but not too many, lest the media crucify him before he has chance to do what he was elected to do.

We might like it when President Trump sticks it to CNN in a WH news conference, after all they’ve been sticking it to conservatives for a very long time.  But, deep down, the adult in all of us says, presidents must rise above pettiness.  Lesson #1 – in great victory always be magnanimous.

If I could meet President Trump face to face, I would tell him, Mr. President, please set the bar high for strong moral character. Lead with wisdom and foresight. Be the leader that all of us can respect, even if we must disagree and I wish you much luck…you’re going to need it!

16 Responses to Being Presidential