Huge Leak of CIA Secrets – Worst in our History

WASHINGTON — WikiLeaks on Tuesday released thousands of documents that it said described sophisticated software tools used by the Central Intelligence Agency to break into smartphones, computers and even Internet-connected televisions. 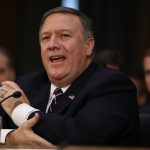 (Mike Pompeo new CIA director) If the documents are authentic, as appeared likely at first review, the release would be the latest coup for the anti-secrecy organization and a serious blow to the C.I.A., which maintains its own hacking capabilities to be used for espionage.

The initial release, which WikiLeaks said was only the first part of the document collection, included 7,818 web pages with 943 attachments, the group said. The entire archive of C.I.A. material consists of several hundred million lines of computer code, it said.

Among other disclosures that, if confirmed, would rock the technology world, the WikiLeaks release said that the C.I.A. and allied intelligence services had managed to bypass encryption on popular phone and messaging services such as Signal, WhatsApp and Telegram. According to the statement from WikiLeaks, government hackers can penetrate Android phones and collect “audio and message traffic before encryption is applied.”

Some of this information was disclosed over a year ago, in particular how the devices in your home with cameras built in could be activate surreptitiously.  We’ve known for some time that a skilled hacker could activate or disable other devices without your knowledge, like computers in self driving cars.  But, what is worse is the sub-contractors for the CIA, were taking this stuff home and playing with it!  That’s a huge no-no.  They were recklessly trying it out on each other and they did this for months without detection.  Then someone in their group decided to pull a SNOWDEN and leak the info about this clandestine equipment to the public.

It’s not know if the actual software coding has been leaked,  I hope not!  That could be an even worse disaster than tipping off our enemies what we can do.   Perhaps the leaker may have had second thoughts because it could come back to bite them (used on them).

Now the knowledge of what the CIA could do with high tech devices was released to Wikileaks.  This is what happens when you make hero’s out of traitors (Snowden) and when they are caught (Bradley Manning), they get off light, at least compared to previous cases of espionage.

Obama set a low standard for punishment and I think he did it deliberately to hurt not only the CIA, but all of our espionage activities in many agencies.   Why?  Because Obama is a smug, self-centered liberal, and as you would expect, he’s anti-military, anti-cop.

More than once Obama let his personal politics and bias influence his judgement on national security (and law enforcement).   To fix this, President Trump needs to prosecute those responsible for the leaks and if it means life in prison for these nerd-jokers, so be it.   Maybe the next bunch won’t treat their assignment so recklessly.

This horrific leak of secrets demonstrates one thing quite clearly, an internal probe into the management of the CIA is long over due too.  The supervision or lack thereof, of these sub-contractors was grossly incompetent and unacceptable.  This huge leak of top secret data  demonstrates a total lack of control.  The CIA people in charge of the sub-contractors should, at the very least be terminated, if not prosecuted.  And the tech companies that supplied them should be sued into bankruptcy.  We need and deserve accountability on this one!

I feel there are too many liberal-leftist in government civil service, from the State Dept., NSA, CIA, DIA, etc., that have become far too willing to leak secrets, motivated by their liberal politics.  The leaks and back stabbing must stop!

In order to hurt Trump and possibly reverse his election, we have a small, but well placed group of Obama appointees – all long time liberals, operating within the inner circles of government.  They represent an unnecessary risk.   We need to find these people before more damage is done, then purge them to make our federal agencies trustworthy again.