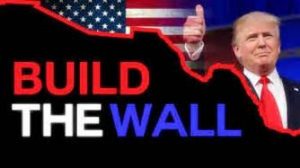 President Trump sent leaders in both houses of Congress a letter containing a detailed outline of his administration’s “principles for reforming our Nation’s immigration system.” (See below) Looks like the President is prepared to negotiate a deal even if our representatives in Congress fail once again to come to the table and do their jobs.

The Trump administration has come up with very good ideas that would better serve America as well as those who wish to immigrate. The outline below leaves out specific details of the plan which can be viewed, along with the letter, by following the Conservative Treehouse link:

A. *”Border Wall. “*Our porous southern border presents a clear threat to our national security and public safety, and is exploited by drug traffickers and criminal cartels. The Administration therefore proposes completing construction of a wall along the southern border of the United States.

B. “Unaccompanied Alien Children. “*Loopholes in current law prevent Unaccompanied Alien Children (UACs) that arrive in the country illegally from being removed. Rather than being deported, they are instead sheltered by the Department of Health and Human Services at taxpayer expense, and subsequently released to the custody of a parent or family member who often lack lawful status in the United States themselves. These loopholes in current law create a dramatic pull factor for additional illegal immigration and in recent years, there has been a significant increase in the apprehensions of UACs at our southern border. Therefore, the Administration proposes amending current law to ensure the expeditious return of UACs and family units.

C. “Asylum Reform.” The massive asylum backlog has allowed illegal immigrants to enter and stay in the United States by exploiting asylum loopholes. There are more than 270,000 pending cases in the asylum backlog before USCIS, and approximately 250,000 asylum cases before EOIR. Therefore, the Administration proposes correcting the systemic deficiencies that created that backlog.

E. “Inadmissible Aliens.” The current statutory grounds for inadmissibility are too narrow, and allow for the admission of individuals who threaten our public safety. Therefore, the Administration proposes expanding the criteria that render aliens inadmissible and ensure that such aliens are maintained in continuous custody until removal.

F. “Discourage Illegal Re-entry.” Many Americans are victims of crime committed by individuals who have repeatedly entered the United States illegally, which also undermines the integrity of the entire immigration system. Therefore, the Administration proposes increasing penalties for repeat illegal border crossers and those with prior deportations. 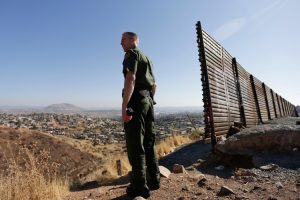 G. “Facilitate the Removal of Illegal Aliens from Partner Nations”. Current barriers prevent the Federal Government from providing assistance to partner nations for the purpose of removing aliens from third countries whose ultimate intent is entering the United States. Therefore, the Administration proposes authorizing DHS to provide foreign assistance to partner nations to support migration management efforts conducted by those nations. This will allow DHS to improve the ability of Central and South American countries to curb northbound migration flows and to interrupt ongoing human smuggling, which will also substantially reduce pressures on U.S. taxpayers.

A. “Sanctuary Cities.” Hundreds of sanctuary jurisdictions release dangerous criminals and empower violent cartels like MS-13 by refusing to turn over incarcerated criminal aliens to Federal authorities. *””*Therefore, the Administration proposes blocking sanctuary cities from receiving certain grants or cooperative agreements administered or awarded by the Departments of Justice and Homeland Security.

B. “Immigration Authority for States and Localities.” The prior Administration suppressed cooperative partnerships between the Federal Government and State or local governments that wanted to help with immigration enforcement, undermining the security of our communities. Therefore, the Administration proposes enhancing State and local cooperation with Federal immigration law enforcement in order to ensure national security and public safety.

D. “Necessary Resources.” The relatively small number of ICE officers is grossly inadequate to serve a nation of 320 million people with tens of millions of tourists and visitors crossing U.S. ports of entry every year. Therefore, the Administration proposes providing more resources that are vitally needed to enforce visa laws, restore immigration enforcement, and dismantle criminal gangs, networks and cartels.

F. “Legal Workforce.” Immigrants who come here illegally and enter the workforce undermine job opportunities and reduce wages for American workers, as does the abuse of visa programs. Therefore, the Administration [proposes] increasing employment verification and other protections for U.S. workers.

G. “Deportable Aliens.” The categories of aliens that currently qualify for deportation are insufficiently broad to remove aliens who pose a threat to the security of the American public. Therefore, the Administration proposes expanding and clarifying the type of aliens who present a danger to Americans and should therefore be removable on an expedited basis.

I. “Visa Security Improvements.” Without sufficient resources, the State Department is hindered from adequately vetting visa applicants. As such, the Administration proposes enhancing State Department visa and traveler security resources and authorities.

It’s long past time for America to responsibly manage immigration and competently protect our borders. These are smart proposals. Trump is willing to give Democrats their “Dreamers” as part of the deal.

What do you think…good ideas?