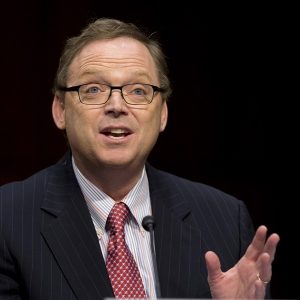 You know it had to happen because President Obama’s claim, that the booming economy was just the continuation of an ongoing trend, was ridiculous. A group of economy geeks decided to test Obama’s theory…the result is not good news for Obama but more importantly, it confirms that tax cuts and sensible regulation work.

Democrats have been laughing at the idea that tax cuts work to create prosperity for decades…they laughed at Reagan and derided his supply-side plan as “trickle down economics”. Even GHW Bush jumped on the bandwagon. He called the cuts Voodoo economics even though he was old enough to know it worked very well under JFK in the nineteen sixties! GHWB made a huge mistake, but then, he was running for president and the alphabet channels were in control of the narrative then and firmly in the pockets of Democrats. GHWB lost that election.

Conservative Treehouse posted the video of Kevin Hassett, Chairman of the Council Of Economic Advisers, who presents and explains a series of charts that show definitively that President Donald Trump (and Congress) deserve the credit for our booming economy. The tax cuts they passed allow Americans to keep more of what they earn and to find good paying jobs Tax cuts create an atmosphere of confidence in the future.

Chairman Hassett predicted this boom would happen…now he’s sharing the facts that prove it is about the Trump tax cuts:

What’s next? Another tax plan…part 2 if you will.

This entry was posted in Business and Industry, Liberty, Tax Policy. Bookmark the permalink.

15 Responses to Economy: Trend Lines Debunk Obama’s Me Too Spin!!