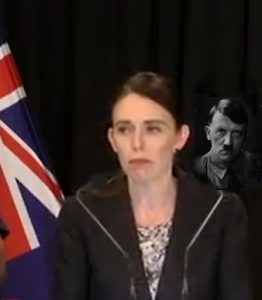 Nary a day can pass without a global headline reminding us why it’s still better to be living in America.

New Zealand’s Prime Minister Ardern ( shown left) has outlined a host of draconian changes to their gun laws, in addition to imposing extreme censorship based solely on the actions of one deranged man.

The proposed changes came almost too swiftly.  It’s as if these plans had been previously drawn up, but were left waiting in the wings until just the right moment.  This shooting provided the perfect opportunity for gun-grabbers, when emotions to a shocking event could force lawmakers to sidestep rational debate.  Thus the democrat saying, “Never let a good crisis go to waste.”

Even with the Christchurch shooting, New Zealand enjoys one of the lowest homicide rates in the world.  The average gun-homicide rate is about 50 per year; and consider, this is in a country of 5 million that own about 1.5 million firearms!  By any measure you care to use, Kiwi’s are extraordinarily safe from gun violence; so much so it should be a non-issue.  Which makes me wonder… where is this impulsive action, this bizarre notion of urgency to ban guns and limit free speech coming from?  Is this more about CONTROL than safety?

The changes will greatly restrict possession of all semi-automatic firearms, ban rifles deemed to be a so-called assault weapon and impose new censorship that would make even the mere possession of a “hate speech” document, like the Christchurch gunman’s 72 page manifesto, punishable by up to 14 years in prison!

Once again, we have dramatic evidence that freedom is a fragile thing, deserving of our daily vigilance, lest we find ourselves yielding to the demands of the far left in concert with the new Socialist-Democrats.

The two most important days in a mans life are the day he’s born and the day he discovers why?  Mark Twain