The following news article prompted me to ask you a few questions about how you see the cops these days.

“AMSTERDAM, Ohio – In the days after they ousted their police chief, the leaders of this town realized that the real mess he’d made wasn’t the jumble of trash and misplaced evidence that cluttered his office. It was what was buried underneath. 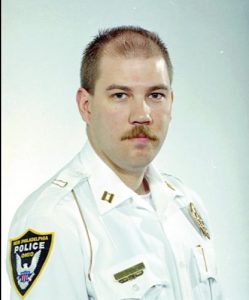 There they found forms featuring the mayor’s apparently forged signature that Chief David Cimperman used to add more than 30 officers to the town’s police roster – one for every 16 residents. Many never did any paid police work for the town, logging hours instead for a private security business that state investigators say Cimperman  ran on the side. He tried to outfit them with high-end radios. The riot gear and other surplus military equipment he bought with taxpayer money are missing.

What they didn’t find was evidence that the police force, built out of fear of being without help in an emergency, did much actual police work. . . .”

If we can believe the article, then this guy is bad news for the profession.  He has a history and how he rose to the rank of Chief is really strange.  You must wonder how a cop who gets fired, not once, but twice, gets rehired and even promoted to Chief?

It’s a known fact in law enforcement circles that sometimes a bad officer changes departments just quick enough to stay ahead of being terminated.  How can this happen, you may wonder?  When the bad cop feels the heat and decides to bug out, his old agency is often so glad to get rid of him they’re not inclined to say anything that would hold him back.  I know, I know…that’s bad, but it happens more than we like to think.

Compounding this is, each city and county in every state operate a little differently and they have their own command structure.  So, there’s not a lot cross talk and sharing going on like there might be say within a single federal agency.  This can also account for some misconduct slipping thru the cracks with a lateral transfer.

Little departments of course also have small budgets and their background check is not going to compare with LAPD.  Hiring an officer who meets all the education and training requirements and has decent experience is generally a lucky find for the dept. and that speeds the background process along too.

Did you know that it costs about $150k per year for a department to train a new officer?  An experienced officer, even with sketchy history, is still a tempting new hire because of what it costs a department in both time and money.    All this adds up to some bad cops staying employed a bit longer than they should.

There’s no way to track police misconduct at the moment, but the number of scandals involving police seem to be growing.   I wonder, is this a reality or just a perception created by our news media and the internet?  Either way, scandals have taken a toll on law enforcement’s reputation.  Some might say, it’s rattled the nation’s confidence in the thin blue line.  This trust issue is a given among minorities and the consequences of this perception can be deadly as the group Black Lives Matter reminds us (be they right or wrong). 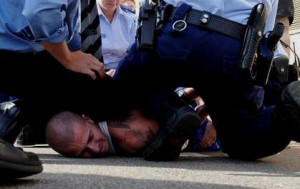 There’s no easy fix when it comes to professional standards or regaining community trust.

If we take away the ability for states and local dept.s to run their agencies the way they want, in favor of national hiring and training standards, have we really done a good thing?  I once thought so, but I’m not so sure anymore.  This could bring us closer a national police force.  One might argue that this cure may be worse than the disease!

My question to you now is:  Would you like to see a national standard for officers like the U.K. has?  Should we have a national data base where an officers service record is kept, like we do for military personnel?  All comments and suggestions are welcome.

7 Responses to Trouble in Law Enforcement