Trump Kicks Off His Campaign to Wild Cheers 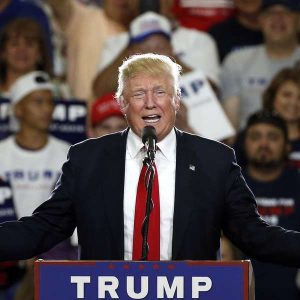 President Trump launched his re-election campaign tonight in Fl.   He spoke to a packed house and his supporters were going absolutely wild with cheers.   I’ve seen nothing like it,  these people were enthusiastic beyond measure.  And the jeers the democrats got whenever they were mentioned by Trump, wow, it was very telling of how reviled dems have become.

When Trump talked about getting ride of Obama’s penalty if you couldn’t afford his health-care plan, they went wild.  When he thanked the Gov. of FL for ending the sanctuary cities, they went wild again.   All these sanctuary cities, the homeless bums, universal healthcare, taxing the rich, pushing for windmills, hating ICE, open borders, giving entitlements to illegals and wanting to slow down our oil supply and force companies to buy pollution credits is apparently hated by most people.

The dems seem to think that any of their top 5 candidates could win against Trump, but after tonight I don’t think so.  And I don’t think they (dems) were watching what happened tonight.  If they were I bet they would be very, very concerned.

13 Responses to Trump Kicks Off His Campaign to Wild Cheers