Posted by Jack, with thanks to RHT for link 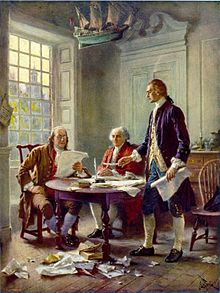 You may recall that citizens of Virginia have become outraged recently by new laws that are likely to pass this month, effectively banning all semi-automatic weapons. Sanctuary counties, cities, and municipalities now cover all but the most urban parts of the state. These sanctuaries have vowed to support the Second Amendment and are refusing to enforce unconstitutional gun laws.

In response, a member of the state congress suggested that Governor Northam could call up the National Guard to disarm residents of Virginia despite the wishes of local governments. In response to that, at least one county has formed a militia and others are expected to spring up. The state’s Attorney General says that these sanctuaries carry no legal weight.

Despite the AG’s opinion and threats from the state government, Virginians appear to have no plans to give up their guns or register them. Many members of law enforcement entities and the National Guard have said that they will not act on unconstitutional orders.

Has the radical left gone to far in VA?  We’ll soon see.

“I would hope they (cops) either resign in good conscience because they cannot uphold the law which they are sworn to uphold, or they’re prosecuted for failure to fulfill their oath,” Virginia Rep. Gerry Connolly told the Washington Examiner.  Connolly wants to use the National Guard to seize weapons.

“The law is the law. If that becomes the law, you don’t have a choice, not if you’re a sworn officer of the law,” the Democrat added.

At issue is sweeping gun control legislation being pushed by Virginia’s Democratically-controlled House of Delegates, which includes universal background checks, an “assault weapons” ban, and a red flag law. The office of the Democratic governor explained that the proposed ”assault weapons” ban in Virginia would “include a grandfather clause for individuals who already own assault weapons, with the requirement they register their weapons before the end of a designated grace period.”

But more than 75 counties in Virginia have declared themselves ”Second Amendment sanctuaries” in the wake of the control being imposed by the Democratic Virginia General Assembly. Law enforcement officials and legal firearm owners in the state have banded together and vow to uphold the Second Amendment in the municipalities regardless of what comes down from the capital of Richmond.

ED NOTE:  This is very serious and while we hope this does not spark violence, there are no guarantees it won’t.   Keep a close watch on VA.

This entry was posted in Constitution and Law, Politics and Government. Bookmark the permalink.