My daughter is a 1st Responder (ambulance)  in the bay area  and she see reports that our ER’s are starting to come under siege by the homeless. 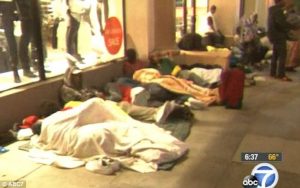 She says there are some  emergency waiting rooms that you really wouldn’t want to take your children.  The people there hanging out are dirty, scary, weird and a bad mix of bums and junkies, drunks and crazies.   She sees them often act very inappropriately in front of families and it’s really distressing.

It’s not uncommon for these “frequent fliers” at the ER to use the ambulance as their personal taxi, calling 9-1-1 then reporting fake chest pains, just so they can go to the head of the line for a room at the hospital.   They know the tests demanded by their complaints will get them about a 2-3 day stay.  Have any idea what that costs?  Just an ambulance ride could cost between $1200 and $1500.  Then there are tests…all totaled it’s about $12,000 for this little adventure.

And even if they don’t try to fake illness for a room, CA law says hospitals must give them a free room if they have a vacant room available.  Then CA law says the hospital must feed them, provide them with weather appropriate clothing, give them a health plan and direct them to a place to live… before they can be discharged and then only by their consent.  If bums and crazies don’t agree to be discharged, the hospital must keep them!  She (my daughter) reported one homeless guy stayed at the hospital for almost 3 months before they could bribe him into leaving. 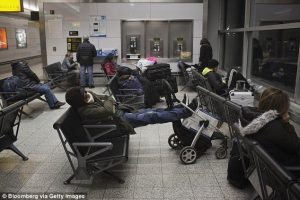 Because of this new “clientele” the ER has become a dangerous work place for the staff. Working with these so-called homeless can be risky.  There’s been reports of ER staff being punched, suffering broken noses, black eyes, etc.   My daughter has been assaulted and threatened many times as an EMT.

The bums and junkies know how to work the system in CA and the sad part is, nobody doing anything about it.   This is foolish, wasteful and it’s slowing down medical services for the people who really need it.

Every day at the same time, the bums start lining up outside the local bay area hospitals, waiting for a free bed.  Why the same time?  Because that’s when the staff social worker goes off duty!  The social worker will give them pamphlets and then send them where they can obtain their free services, away from the hospital.   That’s too much trouble for them  and they want a free room/meals and more in the hospital!  CA law says it’s their right.   So, the nurses have to deal with these dropouts of society.  But, they don’t have the time to make all the phone calls to get them social services, so that means the bums get all kinds of free hospital stuff.   You may wonder, who eventually pays for the so-called free stuff?  You of course…as always.

CA is an example of civilization in steep decline.  Our democrat legislators are suffering from a co-dependency problem with bums and junkies.  They are leading us into decline and they do so without any consequences!  They bear no responsibility for bad leadership at all.  This is so wrong, our election system is broken here.  Progressives have made this wealthy state into a joke, a paradise for bums and a nightmare for middle class working people.

Legislators continual force us to spend money on the bums and junkies and to be exposed to their high risk behaviors.   You can bet if legislators got punched and abused things might change, but no, they are safely cloistered behind closed doors in the capitol building where they think up more creative BS legislation that punishes us in ways that is hard to even fathom.  As noted above, part of that legislation has forced hospitals to care for people that don’t deserve it, and mix them in with those that do.  It’s made waiting rooms more like a drunk tank.  That’s bad enough, but it’s wasting literally millions of healthcare dollars on services intended ONLY for the truly sick and injured.

I hope every liberal democrat in CA will have at least one occasion to be rushed to the ER for help and then be told to wait behind a long line of bums and junkies gaming the system.

PS  My friend Dave just got back from Texas, he said he was paying about $2.12 a gallon for gas near Fort Hood.  Just thought you would like to know.

This entry was posted in Humanity, Legislation, Tax Policy. Bookmark the permalink.

5 Responses to Hospital E-Rs, a Dangerous Place to Work