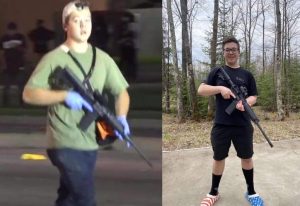 If a 17 year old kid travels 25 miles and crosses a state line to protect property from rioters and winds up shooting 3 alleged attackers/rioters, the FBI is all over him and so is the Mainstream Media.   But, if hundreds of ANTIFA goons show up in Kenosha to incite that rioting and then the same ANTIFA group turns up again in Seattle and then again Portland inciting riots, it is barely a blip in the mainstream media and the FBI is no where to be found.

An obvious question is, why isn’t the FBI investigating ANTIFA like they would for any other organized criminal enterprise?  That’s why we have the the RICO Act.   But, they (ANTIFA) are worse than just a criminal enterprise, this group has openly and repeatedly called for the overthrow of the United States government, caused millions in property damage, hurt and killed people.

In a 1966 article in Nation, Richard Andrew Cloward and Frances Fox Piven, sociology professors at Columbia University, wrote that capitalism should be collapsed by overloading the government with financial demands that could not be met.

The strategy is to collapse the financial system. The tactic is chaos. If a crisis does not exist, create one. The more chaos the better. The solution is always couched in empathetic words like “fair,” “equal,” “humane” and “just.”  Is that what is happening now?

Black Lives Matters is another group we need to take a hard look at.  They have been caught rioting and joining with the ANTIFA violence.  Is this just the random bad behavior of a few regional BLM leaders or is it something more sinister?  There’s more leftist organizations that bare examination, but you get the idea.

America is under attack by many far left groups with varying motivations, but their methodology seems remarkably similar.  Their common underlying philosophy wreaks of  Marxism, hiding behind the somewhat softer veil of socialism.  The tactics employed by BLM and ANTIFA are currently to incite, divide and conquer.  In Marxist circles, this  stage would be called “destabilization” — the second of a four-part process to subvert a society and seize control. 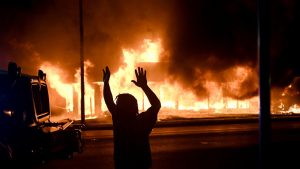 The first, third, and fourth stages are, respectively, “demoralization,” “crisis,” and “normalization.”  For example, the rewriting of American history, the tearing down historic monuments, the vilifying of patriots past and present, the class warfare rhetoric, the race baiting, the rioting, the undermining of law enforcement, the pitting of Americans against Americans, it’s all too familiar and it’s getting to a dangerous level that could suddenly tip in an all out insurrection.    But, why?  Who profits?

The answer to the above question is extremely complicated, but it has a lot to do with power, money, control thru tyranny.  It would take a book to explain it properly, but for now here’s the short form:   We’re still in a cold war with communism.  Power and control are the motivators.   The only country in the world that could pose a real economic and military threat to the US is communist China, followed next by communist Russia under Putin.  Both countries would like to see America, as we know it, cease to exist. 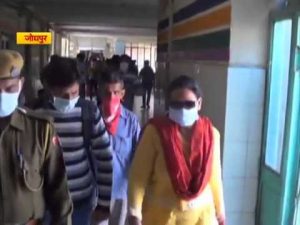 Given the timing, I think it’s highly suspicious that China accidently unleashed a deadly pandemic on the world and yet miraculously they are relatively untouched by it.   They say they bear no accountability for the enormous damage done.  You have to admit, if this was a plot, it was a damn good one!   They inflict global damage and chaos, yet they have no responsibility?   And they are the main benefactors of our internal chaos and monumental economic damage from COVIDs and the leftist rioters.   Of course Russia is the second benefactor.   All just total coincidence?

Now we’re going into a heated election that that has polar opposite candidates.  No matter who wins it will be contested and the results will not make at least 50% of the country happy.  Where do you think this will take us, will we have reached that tipping point where the left goes completely over the edge?

15 Responses to RICO, ANTIFA and BLM