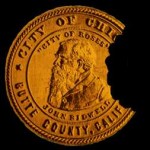 I went to the City Council meeting last night because they were considering a proposal to spend up to $10 million for temporary homeless housing.   This proposal will only take them through to January, then it will cost more to continue the most expensive parts of the program.

Here come the $$$ studies:  The City Manager, Mark Orme, wants the council to spend $100K on a study for a campsite and environmental impact reporting.  He also wants us to spend another 100k on a study for fire risk assessment the fire marshall could do for free.

The plan includes $60k for potential municipal code enforcement, 657K for temporary beds, another 300k to increase the size of the Torres shelter by 50 beds, another 550k to clean up the mess left behind by bums and junkies at current campsite and waterways and an estimated 5 to 8 million dollars for “non-congregate emergency sheltering.”  That means paying for hotel rooms for bums.  This whole package is euphemistically referred to as the Quality of Life Plan.  It is part of the older Homeless Solutions Plan.

Only a government bureaucrat could conceive of such a costly, do nothing, high risk, boondoggle.   But, read the details and you will see that it gets downright scary!

The proposed “emergency” campsite is to be located on the west side of the airport.   This area is being put at risk.  I’m sure the local residents in that area have no clue the city wants to move hundreds of bums and junkies next door to them.   Can’t wait to see what happens after they find out.

My thought on all this, is why should we feel compelled to do anything?  These people are not from here.  They only came here because of liberal touchy-feely programs and giveaways.  They can find their way out of Chico just as easily if we give them the proper motivation.

Speaking of motivation…. there is not one thing in the city plan to disincentivize (discourage) more bums and junkies from coming to the party being held in Chico.

The council is focused only on short term housing, feeding, and caring for transients that were bused here or came in on the rails.   These are the people the city calls victims of a housing shortage or victims of Trump’s economy.  They are in reality mostly just lifelong bums.  Some are mentally ill,  many are drug abusers, criminal predators, alcoholics, and chronically unemployed misfits.   They will stay this way as long as they can, absent intervention, and this means mandatory compliance, as in mental health hospitals and rehab places.  This is a federal problem because it’s nationwide.  The little city of Chico could spend every dime in the budget on just the hardcore bums and still not have good results.

The democrat policies of this state, Oregon and Washington, for the past 20 plus years have caused 50% of the nation’s homeless to move West and that means many cities like Chico are now overrun with the worst sort of bums imaginable.

They keep coming and coming because there’s nothing to stop them!  This place is filled with suckers and a government of liberal Democrats that run the show from top to bottom.

Democrats are, for the most part, socialists and they exist to create bloated bureaucracies.   The easiest way to create a bureaucracy is to create a crisis first, then create an industry to service it.   The homeless industry in CA is worth billions and its growing like wildfire and spending without restraint.  They spend mostly under the guise of solving a housing shortage or for “sheltering in place” to prevent the spread of COVIDS!  lol  Imagine, asking the world’s craziest and most irresponsible people to act responsibly?  Makes you wonder who the real crazies are, doesn’t it?

The freebies, handouts, and entitlements for the nation’s chronic problem people flow like mana from heaven in CA.   It’s a massive party hosted by liberals dedicated to expanding socialism.  For the so-called homeless across the country, this state is irresistible, it’s ripe for the picking.   So, they come here by the tens of thousands looking for free stuff.  This is the place where the cops can’t stop you from committing petty crimes because there are too many bums committing petty crimes and the bleeding heart locals tearfully hand out dollar bills at every major intersection.

Welcome to Chico!  But, don’t get a job – heck no!  Just swipe a $400 shopping cart,(nobody, not even the cops will do anything) load it up with whatever you can beg or steal, then settle into your donated tent at a free campsite in Bidwell Park, this place comes with free meals too.   (Drugs of all kinds are readily available)

Maybe a tiny house is in your future, who knows?  It’s always something being given to you here in Chico, because it’s what our liberals love to do, uh, with other people’s money of course.    So let them treat you, it makes them feel good!

Last night at the Council Meeting I was one of only two people (both of us being taxpayers and property owners) that stood up to speak against this outrageously wasteful spending.  Sadly, this gives the council the idea they have a green light to move forward with the spending.

The Quality of Life Plan is available at City Hall or you can download it online.

This entry was posted in Uncategorized and tagged city of chico, Quality of Life plan. Bookmark the permalink.

3 Responses to The 10 Million Dollar Plan to Ruin Chico