Conservative Dudes – Do Not Read – This is For Liberal Eyes Only 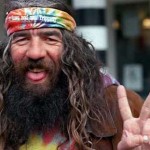 Check it out.  I bought a new head band just to do this story.

Dear bros and lady bros, we’ve been through so much together haven’t we?  And now, just at the moment when we can claim a great victory, those terrible Bush years have come back again to haunt us.   And this is despite our 6 long years of hope and change and struggle and more change and more hope, and now we,   Team Obama People, are being relentlessly and unfairly attacked  by our comrade bros around the world!   What am I talking about????  Dude…  I’m talking about those bogus charges of torture at Guantanamo man, ain’t you readin the papers?

Let me make this clear straight up, this is all Bush’s fault!  He captured them dude, we didn’t!  He locked them away dude, we didn’t!  But, now these bros are way too scary to be released and like we don’t know what to do with them man.   And to make matters worse , these brothers from another mother have gone on a long hunger strike to make us look bad.  That’s totally harsh man.

That’s totally bogus!  So dude, what can we do?  We can’t let them die, so we’re force feeding them man.  Yeah, okay, so we  jam a size 12 tube down a size 8 nostril at times, S happens dude whatta ya want from us, perfection?   Yeah sure, sometimes this causes severe swelling and bleeding and then we have to like stand on their face and rip the tube out and then we are like forced to use the other nostral and like dude…sometimes the tube pops out their eye or whatever, lol, like that’s so freaky, it’s trippy swear to God.  But, dude, it’s not our fault – it’s Bush’s fault!

Why can’t you and our brothers and sisters in the great struggle see this?  We don’t want to make these terrorists bros gag, vomit and choke on their own puke, but we are left with like no choice, like where’s the compassion for us, huh?  Where dudes?

And so this forced feeding is being called cruel and inhumane by so our liberal brothers and sisters round the world and that hurts me man.   Like, why are you doing that?  Don’t you know how upset this makes us?  Don’t you care about our feelings?  (Getting mad now)  Tell you what dudes, we’re really starting to get ticked off about all the freaking name calling and nasty accusations by you, our former dear comrades in the great struggle.  I mean, like we’re really, really getting angry dudes!  Maybe you brothers and sisters would like it we took that feeding tube and shoved it up your nose, eh, cause we will, we can do it.  How would you like that you commie rat bas#$%!    Huh?  We can tie you to the chair and shove that #12 tube right where it will do the most good, so you back off or… or…I’m sorry, wait…okay, (deep breaths now)

Alright, okay…lets all chill….dude I’m calming down, see, I’m not losing it.  I’m okay – you’re okay and I’m totally not losing it because you are protesting in the streets and burning our beloved comrade Obama in effigy…I mean like,  you rotten #@$%^ @!%^^&  why you stinkin, leftwing scum sucking rats, you, you….     OKAY!  OKAY, OKAY MAN.  Let’s chill… I’m good…you’re good,  it’s all good, I just wanted you to know in the worst way that it’s realy cross my heart all Bush’s fault -so why can’t you muthers get it?  Huh, what’s up wit that?

Have some sympathy for our situation dudes…will ya?  Amenesty Internation, OXFAM, and many others are calling us brutal thugs and they say Obama is violating international law and they are calling him a war criminal!   And you should see what the Center for Constitutional Rights is saying about us.  Whoa.    Let me be perfectly clear now, okay?   This is not our fault, it’s not our doing,…. dudes we don’t even know what’s going on over in Cuba, seriously man.

Why won’t our brothers and sisters in Moveon.org believe us?  What’s wrong with our Code Pink sisters?  Have they all been duped by that wily George Bush?   I swear if you freakin dudes keep this I hope we hack your phones!   I hope we pick you up and throw you in Guantanamo and I get to shove a size 12 feeding tube up where the sun don’t 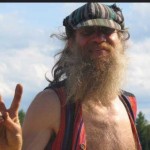 shine, cause I’m getting tired of you blaming us for Bush’s crap!   Is that clear, enough?  So…don’t test us dudes cause we’ll hurt you, we got your number, we know where you live.  Hey, how would you like a big fat tax bill, huh?  How about a drone strike on your commie butt?  So knock it off!  Workers of the world unite!  Down with the man!  Up with Obama….  Well, guess that’s it.  I got nothin else.  Peace….