The time for Iran to reach an nuclear arms proliferation agreement expires today at 3 PM PST. It appears the negotiating is going down to wire. Although a tentative agreement has been reached as of yesterday. This tentative version is being endorsed by the Chinese government, although there is one hang up for the US regarding storage of fissionable material to be worked out.

The agreement allegedly contains a number of unusual US concessions, although the exact details of what these concessions are or what the final agreement will be is an “open” secret, to known to many, but not the American public.

This is an agreement that obligates us to something and we have a right to know what we’re agreeing to don’t we? President “Transparency” in the White House apparently doesn’t see it that way. Obama says trust me… I will negotiate the best deal possible, just like I did with Solyndra and later with Putin…don’t worry! So, I guess we’ll find out what’s in it after we sign it, kind of like we did with the ACA. 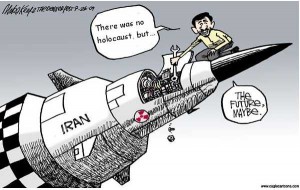 As of right now, US citizens by a 2 to 1 margin back a plan that would not allow Iran to develop nuclear weapons, but at the same time 60% of us also believe that any agreement with Iran will fail and Iran will develop nuclear warheads for their long range missiles.

The Washington Post- ABC news poll said, “Support outpaces opposition across nearly all demographic and political groups, with liberals (seven in 10) and Democrats (two-thirds) the most supportive. At least six in 10 independents and moderates also back the broad idea of a deal with Iran.”

Israeli Prime Minister Benjamin Netanyahu warned, lifting sanctions on Iran for this agreement is “a bad deal.” It’s certainly not one that Israel can approve because it is inevitable that Iran will have nuclear warheads on long range missiles in the not so distant future. Keep in mind that a single atomic bomb dropped on Nagasaki in WWII caused over 80,000 deaths. Today’s warheads are a 1000 times stronger.

Israel has been repeatedly threatened by Iranian leaders promising Israel will be wiped off the face of the earth. Given the Messianic syndrome rampant among the Ayatollah and Mullahs, its not at all inconceivable someone will push the launch button. Of course this is only if Allah wills it. And it’s an historical fact that Allah wills a lot of genocide that ironically coincides with the wills of men in charge of Islam.

There are 8.1 million people living in Israel in a very small confined space. A first strike with a single strategic nuclear warhead would likely achieve 80% casualties, most all of them fatal. Think about it, that’s over 6 million people, men, women and children, including a million Palestinians, that would be wiped out in a white hot flash with hundreds of thousands left to die an agonizing death, mutilated by severe burns and rotting from radiation poisoning.

Obama believes this is an acceptable risk in order to get his deal with Iran, thus adding to his legacy as a great peacemaker and Nobel prize winner.

If Shia-run Iran possesses nuclear weapons then its guaranteed that its Sunni adversary, Saudi Arabia and others in the neighborhood, will have no choice but to seek the same capability (that’s detent, remember?) and that would spark a huge middle east nuclear arms race. Of all the places in the world where you absolutely wouldn’t ever, ever, want nuclear weapons, this is it!

One of the major concessions Obama is ready to make is that all of Iran’s enriched uranium (fissionable material) can be stored inside Iran and not in an intermediary nation, such as Russia where it would be hard to access.

Enriched uranium is a bi-product of Iran’s nuclear power plant. However, as a safeguard it has been proposed that this material be diluted until its no longer weapons grade. Opponents argue that dilution can be reversed and since its already in the hands of the Iranians this is really no obstacle whatsoever!

To make matters worse, Iran has the largest and most diverse ballistic missile arsenal in the Middle East. Most of the missiles components are built and supplied by North Korea, so we have no control over their missile technology.

Here’s a few questions to ponder:

Why would any non-nuclear nation do something so unproductive and so pointless….unless they intended to have nuclear warheads eventually.   But, set aside that thought for a moment and consider this one:  What could a small nuclear warhead in a shipping containing do to places like Los Angeles, New York or San Francisco?   Nuclear warheads can come in all shapes and sizes and if the wrong people had their way they wouldn’t hesitate to come up with a plan to detonate one where it would hurt us the most.   Or it could even be more than one…  it’s not like we have secure borders.

Iran will eventually develop an Intercontinental Ballistic Missile or ICBM.    On that day Irans potential targets will expand exponentially even including the United States.   We can’t deter them with the threat of a nuclear retaliation, they send their children to walk in front of soldiers to blow up mines.

One way or another, by missile or by special delivery suitcase, once that nuclear genie is out of the bottle in the middle east, it will eventually find its way to Israel or the US or both. The threat to our national security goes up by an almost incalculable margin as soon as Iran has the bomb.   This is what President Obama is prepared to risk for the sake of his legacy.   He desperately wants this agreement with Iran so he can claim victory, even though millions of people will be as risk.

PM Netanyahu will never accept the same risks for his people.  Iran and nuclear weapons is an unacceptable opti0n.  For them its a matter of facing another assured holocaust.   They will never entrust their fate to Iran’s fanatical leaders, it just won’t happen!   They’re going to do whatever is necessary with or without the help of the US to stop Iran.    A more forceful US leader would have seen all this.  He would have given Iran an ultimatum years ago before Iran was so invested and committed to this project, but now that time has passed.  They are committed and there is no turning back short of a military intervention.    They are virtually on the threshold of nuclear weapons and we’ve lost whatever leverage we might have had several years back.  This is the real Obama legacy – a  catastrophe of Biblical proportions.  He’s left us limited options and that means people are going to die before this is over.   This will be Obama’s epic failure.

UPDATE: LAUSANNE, Switzerland — Negotiators from the United States, Iran and five other nations extended their deadline until Wednesday as they struggled to agree on a preliminary accord to limit Tehran’s nuclear program.