The Utter Stupidity of Hillary Clinton

Thanks go to Peggy for this article:

Did Hillary’s emails on her home server contribute to the Iran negotiations? 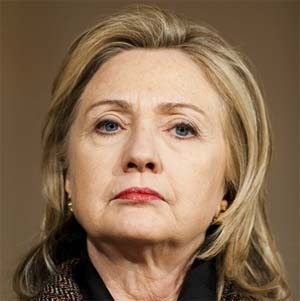 “As a former member of the intelligence community I felt a deep shadow fall over me as I read about Hillary Clinton’s use of an outside email service instead of the more secure and private State Department system. She did this for obvious reasons, to keep her communications out of official channels and away from the prying eyes of her political enemies (the Republicans…). One might sympathize with a politician in her situation.

However, the Secretary of State of the United States of America is the number two intelligence target IN THE WORLD, behind only her boss, the President. To tap into her communications guarantees lavish rewards and promotions to the intelligence team who does it. All eyes are on her, like vultures, waiting. Yes, it really works this way.

An email system such as the one described is considered “easy pickings.” After seeing the details in the press, my first conclusion is this:

Russians and the Chinese were reading her emails. In real time.

I’m not saying maybe or perhaps. They were.

The Russians and Chinese have sophisticated intelligence services, with sophisticated spotting, assessing, targeting capabilities. They have thousands of people who work these issues. Ms. Clinton may say that she didn’t talk about classified matters, and she may think this is correct. But any intelligence professional knows it’s impossible to “talk around” a topic effectively (despite what you might see in spy movies…). With a high value target like Ms. Clinton, an intel service will have teams of analysts and psychologists analyzing every word she says, with absolutely clear context.

It is also likely the French, the Germans and a host of other sophisticated services were tapping in. There will be no trace of their reading it, no logs, no records. This is an easy lift.

On the “perhaps” list, the Mexicans, the Iranians, the Narco Cartels, and the more sophisticated backers of Al Quaida, along with various computer-savvy nuts from around the country and around the world. Who else was getting it? Anyone the Chinese or the Russians thought should get it!

Let’s talk about information. Back in the day, I was told if you have a good source but no particular requirements from your reports officer you ask about “Plans and Intentions.” We are talking about plans and intentions of the U.S. government, negotiating positions, possible movement of resources that reveal policy decisions, actions that if known could be circumvented or countered.

We don’t know the content of these emails, and of course a major part of those have been deleted so we may never know. We have to assume the worst, so let’s ask some questions:

Compromised? How much money, positioning power, or benefit did the American people lose because the opposite side new exactly how far to push? These are potentially trillion dollar issues.

I wrote recently about a failure of Ms. Clinton’s leadership during the Benghazi attack. But this reveals a major failure in her understanding of simple security procedures, to the devastating loss of her country. It always seemed to me that President Obama has always gotten his clock cleaned in international negotiations. Could it be because his Secretary of State was compromised?”

6 Responses to The Utter Stupidity of Hillary Clinton