Woman 22 Dragged from Car and Eaten by Lion

The Darwin Awards serve to remind us that a certain percentage of the population are bound to get themselves into serious trouble no matter how many laws society may pass to protect them.

Today’s award recipient was a 22 year old American woman traveling with her boyfriend in a South African lion preserve.   Visitors are allowed to drive their vehicles through the park under the watchful eye of park personnel.   Before one can enter the park there are many warnings offered, both written and verbal  to remind everyone how dangerous lions can be, as if we needed a reminder!   All visitors must agree to keep their vehicle windows fully closed at all time in order to prevent personal injury.  Because an open window looks it’s lunch time to a lion.

This American woman somehow missed the gravity of all those warnings.  She chose to fully roll down her window and her boyfriend, he prudently kept his closed. But, he sat silently by as his girlfriend leaned out to take pictures of an approaching lioness.  At a distance of 3 feet this young woman still had her window fully open, presumably to get one last really good close up.   Then the hungry lioness, unable to resist such an easy prey, pounced.   Chomp, chomp, swipe, slice.  The lioness teeth bit deeply into the woman’s skull as her hysterical boyfriend made a vain attempt to  disengage the lioness.   The lioness took several more quick swipes at the male and then pulled the women out of the car kicking and screaming.   Then it was silence.

It all happened so fast that even though park personnel were not far away and arrived with a minute, they were still too late to save the young woman.   The park officials said their will be no action taken against the lioness, as the woman was warned numerous times about not rolling down her window and she chose to ignore the warnings for the sake of a good picture. 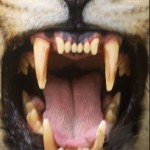 The lioness was only behaving normally, the woman was not, she was behaving like a Darwin candidate.

This particular park has about 200,000 visitors each year and inevitably several of them will ignore the rules and get into trouble, although a death like this one is still fairly uncommon.

So, what do you think, is this a great picture or what?