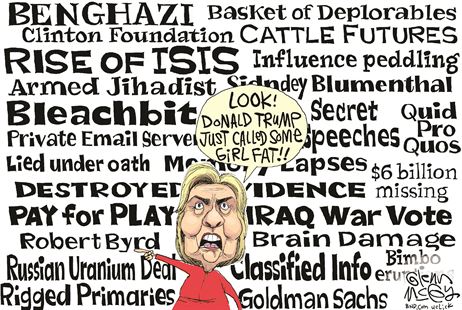 Glenn McCoy didn’t have space for all of it but he sure hit a bunch of the big ones. Hillary’s protestations about The Donald couldn’t be more ridiculous given her record.