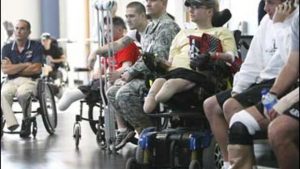 According to an IBD Editorial hundreds of VA workers have been served their walking papers. Since Trump took office 526 people have been fired for misconduct, 33 have been demoted and 200 more have been suspended. The Department of Veterans Affairs secretary stated the firings were part of a “broader effort to reform the culture at the VA.” VA Secretary David Shulkin:

“Veterans and taxpayers have a right to know what we’re doing to hold our employees accountable and make our personnel actions transparent. Posting this information online for all to see, and updating it weekly, will do just that.”

Expect more terminations now that Trump has signed the VA Accountability and Whistleblower Protection Act, which strengthens Shulkin’s ability to get rid of bad employees, including senior executives.

Contrast this action with steps taken by the Obama administration:

In the wake of the 2014 widespread scandal at the VHA, where veterans died during endless waits for treatment and officials tried to cover it up, only nine employees (out of 57 targeted for disciplinary actions) were let go, three of whom were senior officials.

And then, in June 2016, the Obama administration announced that it was abandoning the 2014 law’s streamlined firing process altogether after deciding it was unconstitutional. …

… in the past the VA “repeatedly made five- and six-figure payments to bad employees to get them to quit” rather than deal with a lengthy appeals process.

In the two and half years that Bob McDonald was running the VA under Obama, the agency paid out more than $5 million in such payments. The message to VA employees was clear: If you’re threatened with being fired, hold out for a settlement.

The article then goes on to point out that the problem of rewarding bad employees is widespread within the government.

Since we’re going to drain the swamp the best possible place to begin is with the Department of Veterans Affairs; our vets deserve the best treatment possible!

This entry was posted in Health and Medicine, Veterans' Issues. Bookmark the permalink.