Sunday Night Football Doomed? Well, perhaps we’re a ways off from that day, but read on . . . 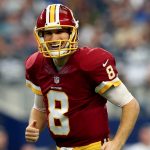 For decades the salaries of sports superstars has skyrocketed and some would say, way beyond any sort of rational value to a society like ours that places such a high premium on entertainment. Check this out: The key demographic viewer is between the ages of 18 and 49, but according to Nielsen, their numbers were off by a whopping 14% last year. Sunday night games on NBC were off 12% and Monday night football on ESPN was 16%. This is huge folks and it could be a signal of a dynamic economic shift.

Networks have had to resort to giving away some free commercial time to make up for their underperformance and you know how much they hate to give away free air time! According to an article in Fortune magazine, “It’s hard to overstate the impact that a sustained decline in sports viewership could have on the bottom line of companies like Disney (which owns ESPN), as well as CBS and NBC.

The amount of money that is riding on live sports is staggering: The major networks have spent close to $60 billion just on football rights alone for the next decade. ESPN is paying $15 billion for the rights to NFL games and $7 billion for college football.”

The NFL has responded to their declining market numbers by getting tough on teams that release sports clips without their permission. Fines for this little infraction can range up to $100k for a single incident! But, that isn’t really addressing the big problem. The real culprit is, in my opinion, the humble internet. We’ve seen what a monster Amazon has become and what it has single handedly done to many brick and mortar businesses. 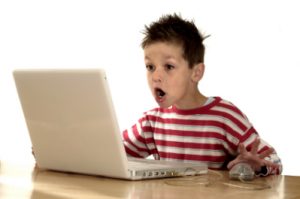 The kids today love this stuff and football or basketball is to them just some lame sport Grampa did when he was a kid.  And they rightly rationalize, you can get seriously hurt for life playing contact sports, not to mention getting all dirty and sweaty. Who wants that when you (the athletically challenged nerd) can save the galaxy from the invading Trolagons?

Where we go from here is still anyone’s guess, but I think we are on the cusp of another megatrend and the days of some dunce being awarded a $50 million dollar NFL contract before he can flunk out of his first year in high school is probably over.  Yep, I think the giant sports bubble is hissing and me thinks its about to go… BOOM!