Afghanistan – 17 years later and a Quick Look Back at Vietnam

Before we look at Afghanistan we need a quick review of another war, Vietnam.  Ho Chi Minh had approached Harry Truman in 1946 asking if the U.S. would help the Vietnamese evict the French, much as the Americans had evicted the British in our Revolution.   Truman sided with the French.  We then picked up their banner when the French were defeated in 1954.

Fast forward – In 1965 then President Lyndon Johnson presided over a critical meeting of his closest advisers at 11 A.M. on July 2, to discuss the administration’s options on Vietnam:

In that meeting McNamara indicated he personally in favor of escalation of military operations, but stopped short of encouraging Johnson. Vietcong (insurgents) casualty numbers were discussed, including the enemy body count and how it would affect attrition. McNamara said 500 (Vietcong) were killed in the last two weeks, most from Air Force bombings.  But, he noted, it could have been as few as 200.   Johnson asked for clarification to separate the body count from killed women and children, as he pondered could the enemy endure such losses?  Johnson also asked, if it only took a few of them to disrupt our military on the ground, could we ever win such a war?

National Security Adviser McGeorge Bundy prepared President Johnson for the meeting with a memo he drafted the previous evening, suggesting that Johnson “would want to listen hard” to George Ball’s recommendation to disengage from Vietnam “and then reject his proposal.”

By 1968 McNamara had become thoroughly disillusioned with the war and left office.  By this time he came to a number of realizations.  Mainly, they had grossly underestimated the powerful motivation for nationalism and they overestimated the control and popularity of the corrupt regime of South Vietnam.

McNamara would later admit that the war as it was being fought was unwinnable and blamed the US, South Vietnam and North Vietnam for failing to engage in continuous diplomacy and compromise that would have prevented the war that followed or greatly reduced the losses. He said fear, arrogance and misunderstandings had a catastrophic effect. “Each of us could have avoided the war entirely or terminated it earlier,” McNamara said. 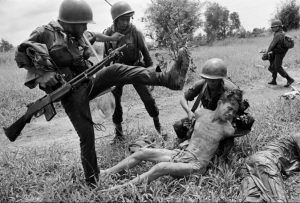 In 1964 the US had lost 216 personnel, but by 1973 the cumulative death toll would stand at 58,220.  The total financial cost was about 982 billion dollars, adjusted for 2017 dollars and most of this was borrowed money that we are still paying on.

The great lessons learned from Vietnam have been very well documented and completely discounted and/or forgotten.   After 17 years of wa and nation building, the Taliban appear to be making a comeback. Worse, they have been joined by a number of other radical Islamic factions, including ISIS.

How could this happen? 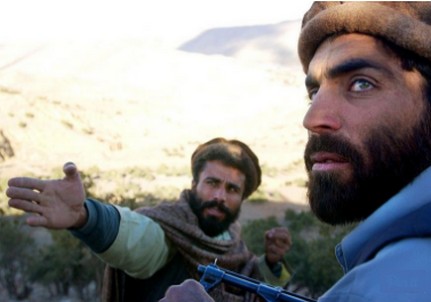 brace their new found freedoms by any measure close to that the oppositions ideology.   There’s now a very large percentage of the population that do not want the USA, present in their country.  We’ve worn out our welcome.  And just like in South Vietnam, the Afghanistan government is wholly incapable of being sustainable without our support.

From it’s inception until now the war in Afghanistan has cost American’s $1.04 trillion dollars and most this was borrowed money that we will paying back for decades to come, just like Vietnam.

President Obama, acting against his advisors advice, made public the timeline for the US pullout.  This not only greatly complicated things for the new Trump Administration, but if foolishly allowed the Taliban into become more aggressive, sensing a victory was near.

History is writing this and the many other costly blunders President Obama has made like micro-management of shoot – don’t shoot policies, the sudden troop draw down, the so-called heroic refrain order and other seriously incompetent decisions, that only advantaged the enemy and escalated US and coalition casualties.

A precipitous withdrawal now will lead to collapse of the current US backed regime and we can expect a blood bath of Biblical proportions to follow. But, even worse than it was before our arrival, the most deadly terrorist factions will suddenly have a new base of operations. Once that is established, they would then be in a key position to export their radicalism and subvert Pakistan which has 10 times the population of Afghanistan (and nuclear weapons).

Had the US simply went into Afghanistan, pummeled the Taliban and called it good enough,  we would have been infinitely better off and so would the people of Afghanistan. But, no we had to stay and embark on nation building while our own nation was being split down the middle. Could we have been any dumber? This might explain why so many Americans have so little trust or confidence in our government, regardless of who is in power. It is also part of the reason why Donald Trump, a complete political outsider, was voted into our highest office to drain the swamp. I rest my case.

This entry was posted in Military and tagged 2017, Afghanistan, Obama, taliban, Trump. Bookmark the permalink.