Sacramento to Pay Gang Members Not to Kill- Good Work if you Can Get It!

The vote had been scheduled to take place in two weeks, but Sacramento Mayor Darrell Steinberg requested that the vote be moved up after five people were shot in a park.

“Five people were shot in Meadowview on Sunday,” Sacramento Mayor Darrell Steinberg said, according to Fox 40. “Let’s get going on doing everything we can to save innocent lives.”

The funding for the payments to the criminal gang members will come from the city’s general fund. The money will go to 50 men who are suspected of killing people, but there’s not enough evidence to prosecute them.

“Fifty is a huge number. That’s 50 shooters who have the possibility of taking a life,” Nicole Clavo said according to KCRA. “If we can reach those 50, how many lives have we changed?”

The Advance Peace program started in Richmond, CA and has been credited by some with reducing murders in the city; Sacramento County District Attorney Anne Marie Schubert disagrees. 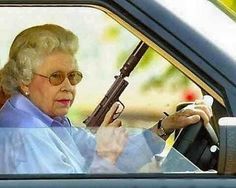 “I support the gang prevention task force and the many evidence-based youth mentoring and intervention programs already in existence in the city of Sacramento. I have serious concerns with a program that is apparently based upon the payment of money to high-risk individuals in exchange for a promise not to engage in violent criminal conduct. There is insufficient evidence-based data to show this approach is effective in preventing gun violence.”  END

I’m starting a gang called the SKA, Sacramento Killers Association.  Who wants to join?  As soon as we have 2 or more people I will sign us up for monthly payments, sound good?  The bigger the better, and the only rule in our band is, you can’t kill anyone, we’re totally non-violent.

8 Responses to Sacramento to Pay Gang Members Not to Kill- Good Work if you Can Get It!