California Attempts to Undermine US Constitution 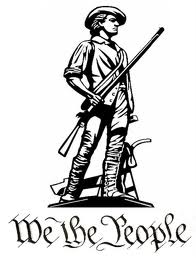 At Post Scripts we’ve championed and opposed many political causes and issues in the pursuit of protection of our Constitutional freedoms and to form a more perfect union, but few issues will rise to level of importance as that which we are about to discuss.

This subject is so serious that it once threatened to destroy the nation through division and war.  And just as it did in 1860, it once again divides us.  It has weaken the union and caused violent protests, tumult and chaos.  And sadly once again, the leftist-democrat controlled State of California is on the wrong side of history and the US Constitution.

Last year SB54 bill was introduced and passed in both houses with a strictly partisan vote, which only underscores how divided we are on this issue.   CA SB54 promotes the idea that California shall become a sanctuary state to embrace and protect illegal aliens.  It opens our safety nets and tax resources, that previously were reserved only for legal U.S. citizens.  It also obstructs prisoner deportation, by allowing CA to determine which crimes warrant deportation.

Specific language in SB54 said that our state shall not cooperate with federal authorities at any level to detect, arrest or deport illegal aliens unless they met a certain test determined by this state.  Further, that punitive measures will be taken against violators, such as fines to be levied on private businesses or dismissal of State, county and city employees.  Police, private employers, schools, all are at risk if they cooperate with federal authorities seeking to enforce immigration law.

Such fines are so severe that they may force the closure of the alleged violator’s business. And further, that a failure to pay the fine will result in asset seizure, without due process, i.e. entering your bank account without a court order to remove all funds due including penalties, using a State collection agency.  If CA is already doing that with late fees on DMV registration, what do you think they will do when it comes to the really big bucks?

The bottom line is, in practice SB54 has the effect of nullifying federal law and creating a 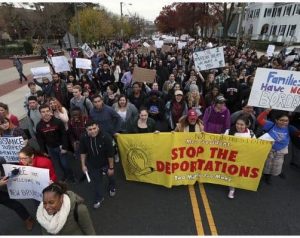 sovereign state, a so-called sanctuary state, that shelters illegal aliens from deportation.  Governor Brown signed this horrendous bill into law this year, and just as predicted the Department of Justice filed suit against this state, to cease and desist from it’s criminal aiding and abetting, contempt and obstruction of federal immigration law.

On this very issue of nullification, (regardless of it’s good intentions) President Andrew Jackson wrote, “I consider, then, the power to annul a law of the United States, assumed by one State, incompatible with the existence of the Union, contradicted expressly by the letter of the Constitution, unauthorized by its spirit, inconsistent with every principle on which It was founded, and destructive of the great object for which it was formed.

Jackson went on the write that the Law and the Constitution make it clear than no State may use its minority representation to overturn or nullify a federal law.  Jackson reminded us that a federal law is created through a process using equal representation from all the States, acting under authority granted by the Constitution, with all the checks and balances therein, including the Executive branch of government.  For a State to even attempt to usurp that power is to threaten the unity sought by our founding fathers.

Sanctuary cities, counties and states have the both the implied and expressed effect of nullifying our federal immigration law and thereby weakening our borders.  Yet in no case has any sanctuary entity ever offered a valid Constitutional challenge to the existing law, because that law’s authority is so clearly defined by the Constitution. 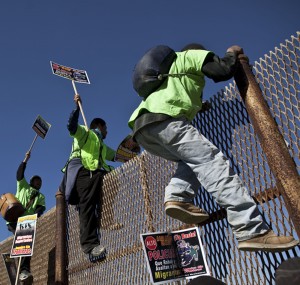 Deported migrants climb a fence at the U.S.- Mexico border as they prepare for the 6th annual Marcha Migrante, or Migrant March…

Jackson and Lincoln believed there was just cause to remove from office any elected officials who took the action to nullify federal authority in favor of State authority.  And later when Southern democrat secessionists supported a State’s minority right to nullify they were removed from office.

The not-so-hidden agenda at work within bills like SB 54 is just as insidious.  Democrats are embracing illegal aliens and supporting the sanctuary cause, not because it’s good for the country, good for the economy or just because they hate Trump, its really because they know that eventually these same people will eventually vote and one university study  indicated they are voting.  According to the study, upwards of one million aliens voted in the 2017 election.  So, their (democrat) support will guarantee leftist control over this state and others like it.

Whatever it takes to leverage off this new and dangerous form of populism, the democrats are too willing to do.  Be it fear mongering, creating baseless racial angst, vote buying, lying, insulting and degrading the opposition, wealth redistribution, class warfare, feminist causes, undermining the Constitution, whatever it takes, they are doing… because it works and in their view the ends justify the means.

4 Responses to California Attempts to Undermine US Constitution