US Prepares for Return of MIA Remains from North Korea 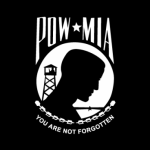 The United States military has moved 100 caskets to the demilitarized zone of North and South Korea in anticipation of the remains of US soldiers being returned home:

According to the agency tasked with overseeing issues POW/MIA issues, North Korea has as many as 200 sets of remains ready to be returned.

The return of the remains was negotiated during President Trump’s preparations for his June 12 summit in Singapore with North Korean leader Kim Jong Un.

Families and friends of soldiers missing in action in North Korea have been waiting for this moment since the early fifties, a very long time. I’m sure they will appreciate the efforts of President Trump and his excellent State Department in negotiating the return of these MIA veterans to their final resting place. We are thankful for their service and wish those who will transport them God speed.

This entry was posted in Military, Veterans' Issues. Bookmark the permalink.