I think if the Republican Party were a car it would be a lemon.  It has frequent breakdowns.  It splutters down the road, firing only occasionally on all 4 of it’s cylinders.  But, for the conservative occupants, it’s all that is available, so it better than nothing. 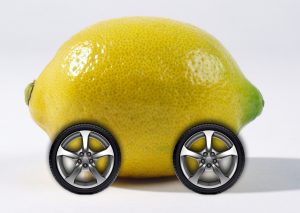 Yes, the GOP is a lemon, we all know it.  It is lacking in leadership and courage.  It’s core values are more talk than action.  Every post election cycle there is a predictable period of disappointment, if not outright depression as the deficit continues to spiral out of control.  Amazingly, the loyal conservatives somehow manage to cling to the faint hope that maybe, just maybe, in the NEXT election things will get better?

This longstanding disappointment turned into extreme desperation last election and put Trump in the White House – helped by the dems that ran Hillary and Bernie, a crook and a commie, what a pair.   By Nov. the voters had no  choice, it was Trump or another crooked Clinton.  They were willing to take a chance on almost anyone, even an unknown outsider like Trump  than to cast a vote for a known crook and liar like Hillary.   At least Trump said, lets drain the swamp – to which Hillary replied, what swamp?  Okay, enough with the metaphors.

It was therefore predictable that Trump would win the White House.  For as bad as the GOP may be and for all of “the Donald’s” flaws, it still beat supporting the socialist agenda of the increasingly radical democratic party.  Since Trump’s election the dems have thrown off any and all pretenses of being civil and working for a better America, it’s war baby and their radicalism has multiplied many fold.

The blatant meanness of the dems leadership and their camp followers has the voters terrified of the radicals co-opting the democratic party.  They scream for open borders, class warfare, more safety nets and more taxation!  Well, this is going to backfire on them, it’s only making voters more afraid of the dems agenda and more resentful of their outrageously bad behavior, especially Maxine Waters.

But, the dems are unable to reform their policies.  The can’t move away from a big socialist government, with more rules, more taxes and less freedom.  Even though that doesn’t work and that my dear friends…will keep the GOP lemon winning elections in the foreseeable future.  The dems inability to change and be responsible is the best thing the republicans have going! Only a dimwit or an indoctrinated Red would keep these old liberal socialist in power.

And that brings us back to the voters choice and please forgive me for one more metaphor, but we can either ride in the clunker or hop in the bright red limo driven by crazy Maxine Waters, with Bernie, Nancy, Diane and Chucky in the back seat.  For me the choice is clear.