Hereditary Dynasties Should Have Ended 200 Years Ago – What Keeps Them Afloat?

The mere fact one is born into a particular family does not warrant a free ride or ruling over others, who doesn’t understand this in the 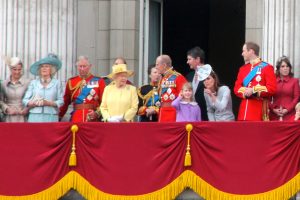 modern world? We made our case against the Royals in 1776 and never had a moment’s regret. The Brits on the other have entered the modern age still stuck this absurd monarchy hanging around their necks and despite every reason to suspend it. Heredity appointments in public life is incompatible with both democracy and meritocracy, which are the least-bad ways to run countries.

Royalists say this does not matter because a monarch no longer “runs” Britain. Yet, they feel absolutely justified in ripping off the British taxpayers for billions of dollars so they can live in fine castles, travel by royal yacht and live far above the working class that supports them.

Now technically the Queen has the power to wage war, sign treaties, dissolve Parliament and more. But, in practice when was the last time a royal ever did any of these things? 1800-?

“The second pitfall is subtler: in the belief that the monarchy forms some kind of constitutional backstop against an overmighty Parliament, Britain is strangely relaxed about the lack of serious checks on its government. It has no written constitution; the current government has plans to repeal a law implementing the European Convention on Human Rights, which many Britons recklessly consider a nuisance rather than a safeguard. It is true that monarchs can, as a last resort, stand up for the nation: royalists cite the example of King Juan Carlos of Spain, whose televised address to the nation in 1981 helped prevent a coup. But the more one believes that the head of state’s role really matters, the more serious a problem it is that the monarch is chosen using a mechanism as dodgy as inheritance.”

Opinion polls and the sales of commemorative junk suggest that the Windsor’s remain popular despite common sense reasons to give them the boot. I don’t understand this, why would rational people like supporting these welfare recipients? How could wasting billions on the royals be justified by a small country like the UK, a country that needs to pinch pennies to stay competitive in the real world?

An entire bottom rung of English commoners suffer in poverty in order to keep the royals pampered and living the good life…outrageous. That boarders on a crime, it’s certainly not morally defensible! So, what do the Brits get for their money, they get a public soap opera with a cast of snooty, arrogant characters pretending to better than the rest of us, just because they have a title and we don’t. What a bargain, eh?

My ancestor, Richard Lee, was a Colonel in the British Army around 1650 and he had enough of defending the royals and their frivolous pageantry. He laid down his sword and headed for America to start a new life. A number of our family would soon follow, but unfortunately not all. We established Jamestown and later on Williamsburg and the rest is history. For those that stayed in England, you have our sympathies. Parting thought: Dump the royals like we did, it’s way past time you did.

This entry was posted in Uncategorized and tagged British, dated, depose, monarch, out of style, Queen Elizabeth, Royals, stupid. Bookmark the permalink.

7 Responses to Hereditary Dynasties Should Have Ended 200 Years Ago – What Keeps Them Afloat?